We recently shared a fantastic piece by Alexander Martin, a 3D modeler and texture artist from Zinacantepec, Mexico. It was one of those pieces that got an immediate reaction from the community, with many curious as to how Alexander was able to make this seductive serpent using Quixel Suite.

Well, wonder no more, as Alexander gives us an in-depth breakdown of the material creation process in his 3D PBR viper model. To start this texturing process, I decided to sculpt a detailed viper head in ZBrush to bake the detail into the low-poly mesh. To create the scales I decided to use the Blender hair particle system to replicate a scale I modeled around the surface of the snake. Using this technique, the result will be easier to bake an appropriate ID map later. 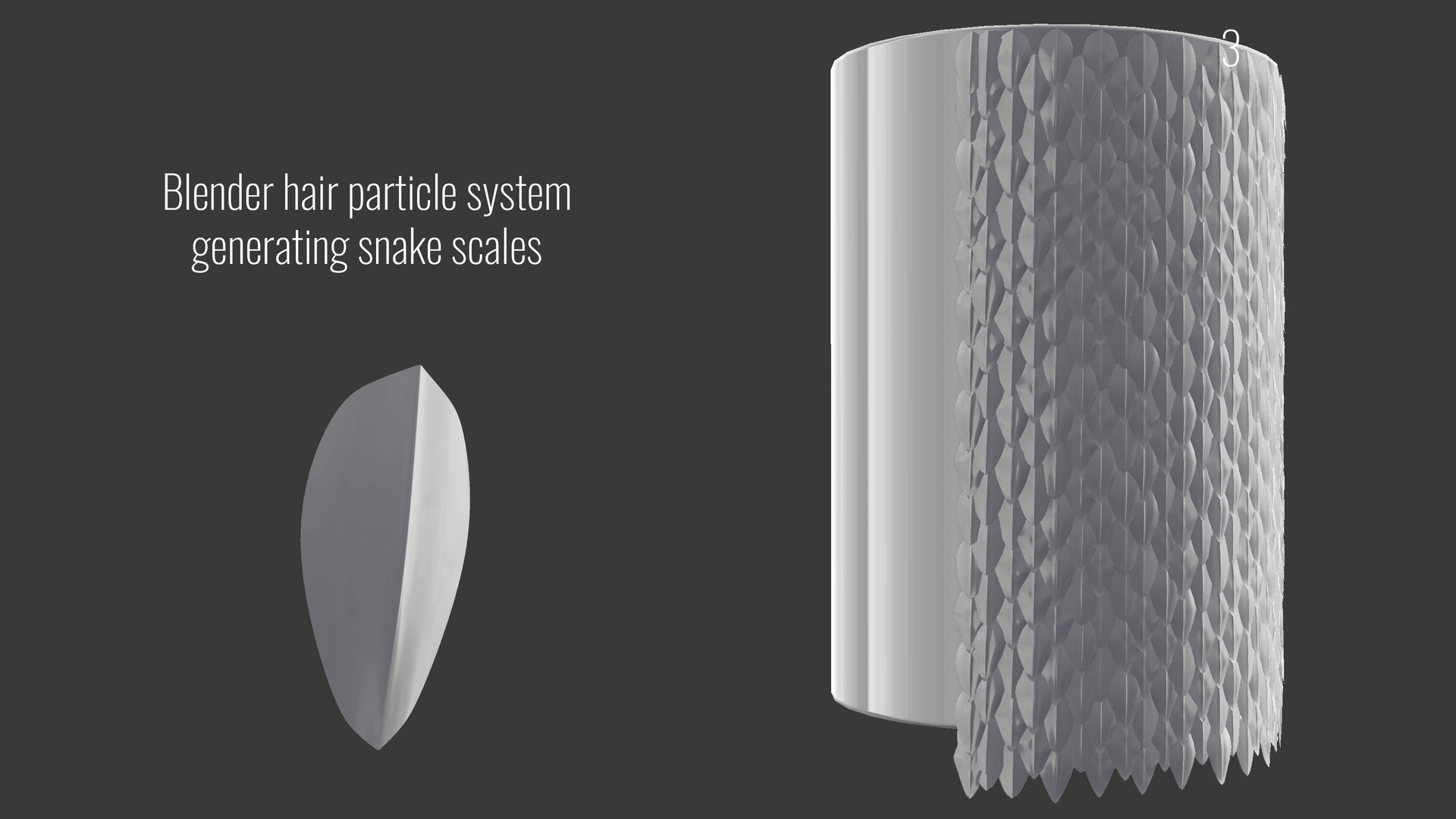 I used tree particles systems – each with a different type of scale – to generate the different scales found in the body of the snake. After generating the scales, I placed them together with the sculpted high-poly head, to bake the normal, AO, and ID texture maps. I assigned different emission materials to the different sections of the high-poly model, after that I baked an emission map in Blender Cycles to use as an ID map. The baked the ID Map applied to the geometry. Please notice how the scale’s contours are clearly shown on the map, this would allow us to add edge wear and other effects easily in DDO. After importing the model to DDO and creating a project, I started working on the eye. The albedo is a snake eye photograph with the specularity removed. I used a 100% value for the glossiness and decided to leave the specular at the default 50%. 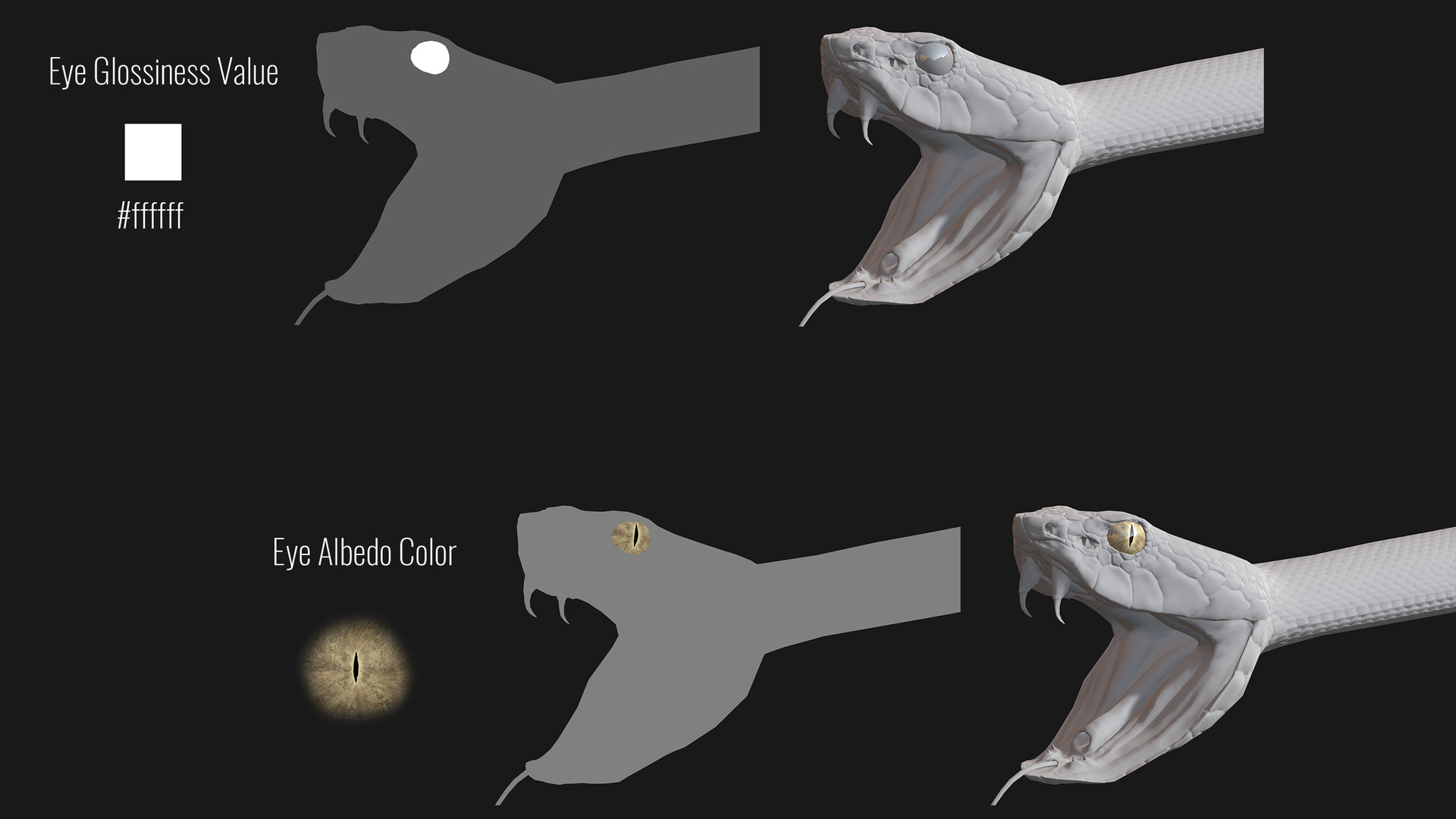 For the mouth, I used the ‘Monster Skin’ material included in DDO – I only tweaked the hues a bit to get the look I was going for. The tongue is really simple, it’s composed of only two color layers of different hues, where the one on top has a top-to-bottom gradient mask. For the scales, I started adding the ‘Alien Skin (Yautja)’ material included in DDO. After that, I lowered the size of the spots and tweaked the hues to get the colors I wanted. To make the bottom scales look damaged from friction, I used the ‘Cow – Flipped Hide’ material with a dynamask made of a pattern and an inverted top-to-bottom curvature, with this mask, the material has a subtle blend in random areas of the bottom scales. To add the spotted pattern, I added a color layer and hand painted a mask using the ‘Ink’ and ‘Dirt’ brushes packs, included in 3DO Painter. Working this way allowed me to try different values for the spots in a non-destructive way, until I found the right one. 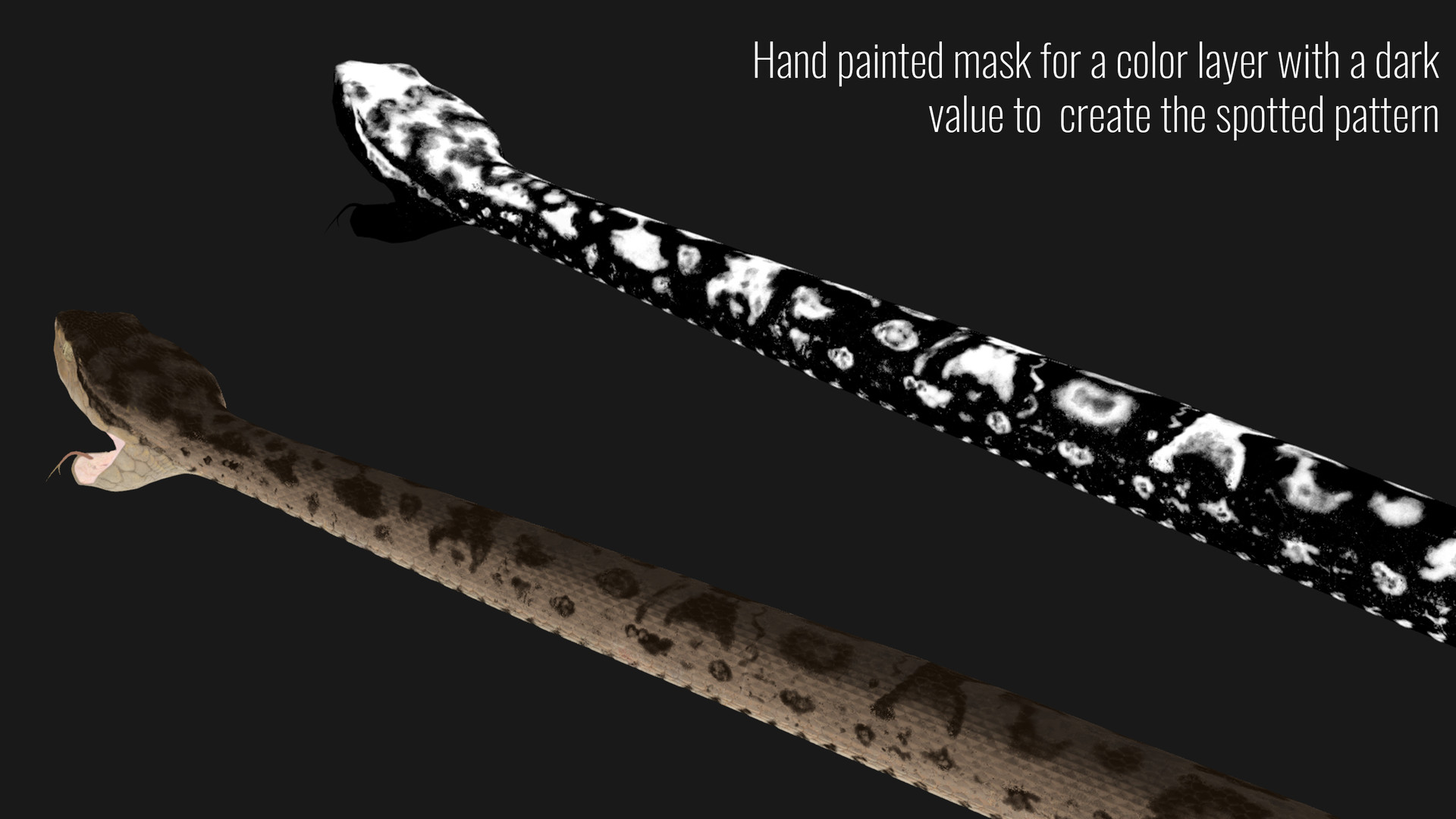 I added another color layer with a lighter value to paint a contour around each spot.

I created a color layer in overlay mode with a dynamask that only affected the beginning of each scale (from front to back). It might look like a simple AO, but it gets different results while in rendering. In the final gloss map, the eye value is near 100% glossiness, and all other values are around 90%. In the end, I added a dynamask using the AO map to add roughness to the areas where dust would accumulate, creating a nice variation in the specular lighting. At last, I used the ‘Mother Pearl’ material included in DDO to produce a color variation in the specular lighting and get subtle clefts in the scale’s normal. In the completed specular map, the skin value is around 8%, while the other sections have higher values to achieve a wet appearance. Comparison of before and after applying the ‘Mother Pearl’ material. Find this talented artist on ArtStation.