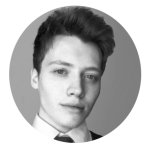 After seeing the results of the Forest and Sand Dune tutorials by Senior Cinematic Artist Joe Garth at Crytek, we wanted to know more about his background and the work around these tutorials. So we decided to hit him up with some questions!

Tell us more about yourself. What’s your background in CG?

I started working with 3d and game engines at a very young age, probably around 2005. I was about 14 years old and totally hooked on making some really terrible art. Over the years I improved a little and got into modding AAA games. Crysis was a huge game-changer for me. It was the first time I’d seen such realistic graphics, and I really wanted to understand how it was possible.

After building a few of my own mods and levels and posting them onto game forums I was lucky enough to be asked to join the crymod.com forum (as it was called back then) moderation team, and a few mod teams. One, in particular, had some very impressive artists and design work – ‘Lightspire: Fortunes Web’. 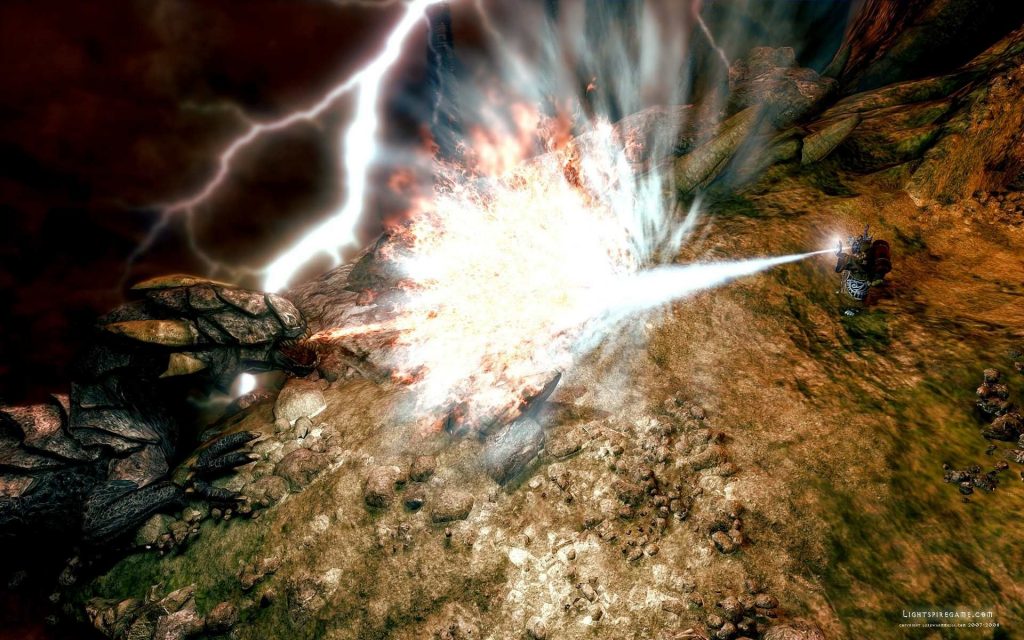 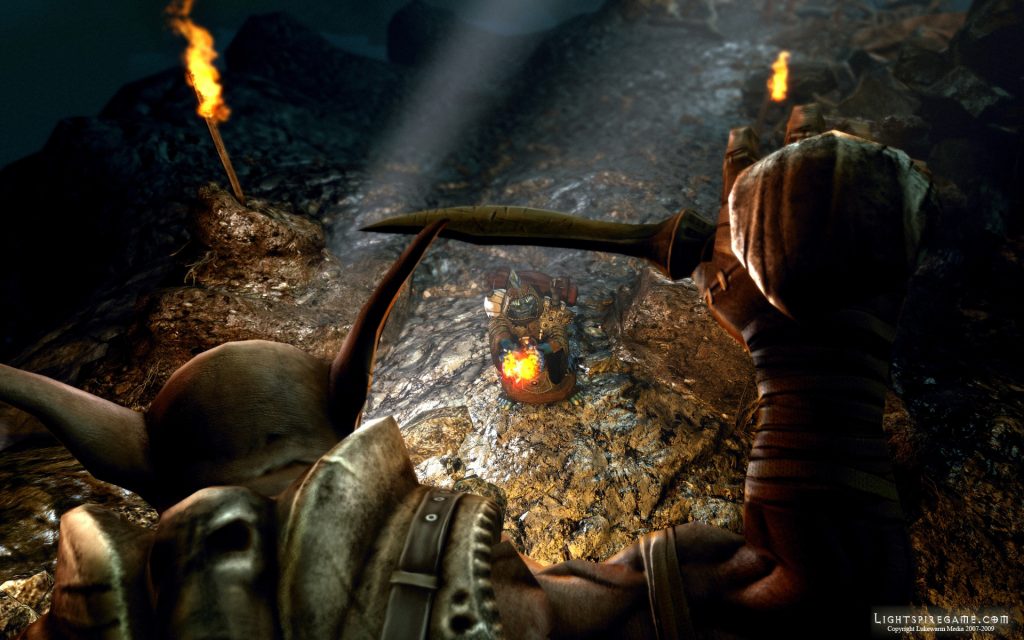 One of the first projects Joe Garth worked on back in 2007.

We worked day and night to polish up some very early content, which doesn’t look all that bad today! Those guys really helped me to understand the level of quality required for AAA, and it paid off in a big way. Our modding work ended up in several game magazines including Edge and got some good attention online.

In 2009 I was offered a cinematic internship at Crytek which was a dream opportunity that I couldn’t really refuse. Plans for university were put on hold and I got on a flight to Frankfurt, Germany. 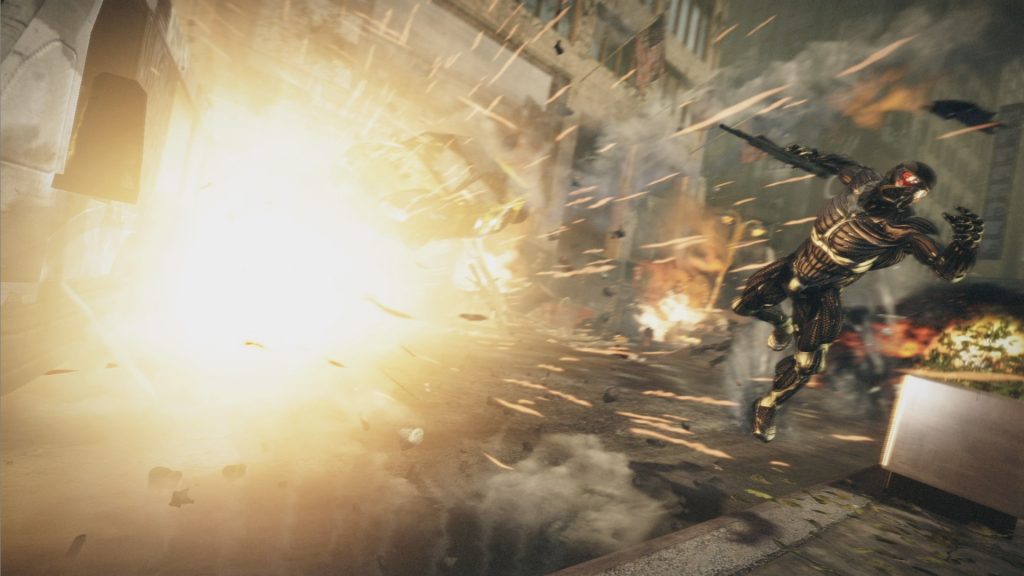 One of the first cinematics Joe Garth worked on at Crytek.

Once I got to Crytek, I was pretty much thrown in at the deep end of cinematic production. I was lucky enough to work closely with several talented people, including Chris North who is a great creative head, and Hannes Appell, a Filmakademie graduate who was an incredible mentor to me. We had to crank out high-quality shots very quickly, which I think helped me work faster and learn how to re-purpose assets in inventive ways. After a few years of that, I graduated to Senior Cinematic Artist – a role where I’ve been able to direct projects and establish art pipelines. It’s been a lot of fun and I wouldn’t change a thing. 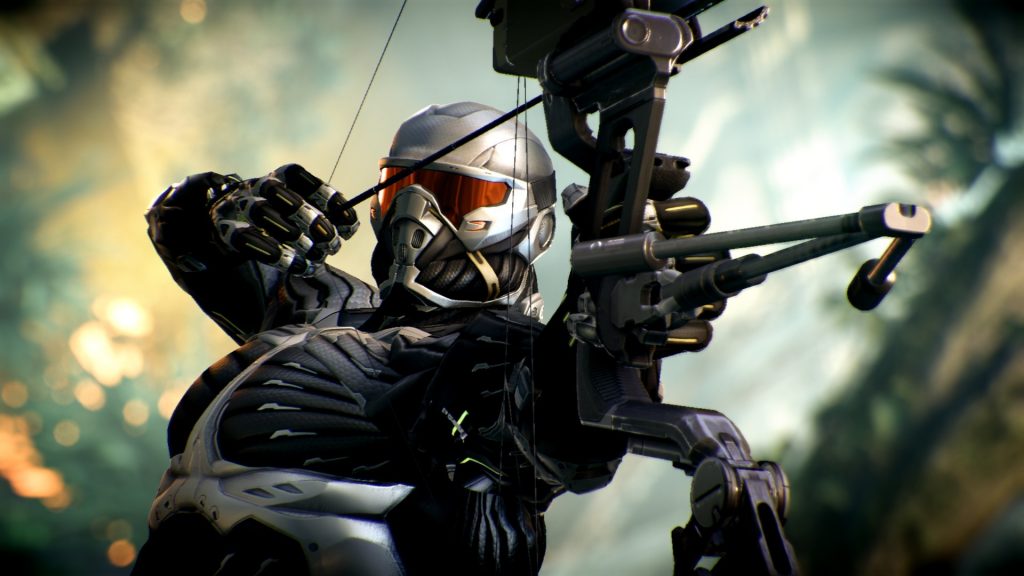 How did you come up with the ideas for the Forest tutorial and the Sand Dunes tutorial?

With these sort of projects, it’s always difficult to know exactly where the idea came. I’d say that it mostly evolved organically, I was hugely inspired by the Megascans Library and the work of Quixel Artists to bring natural scenes to life. It reminded me of the first time I saw Crysis screenshots – the quality just blew everything else out of the water.

With photogrammetry it’s the same thing, I think it signals a new era in CG. A big shift in mentality from eyeballing reference, sculpting etc. More to using real-world data and procedural algorithms, and the tools for how we manipulate that data are only getting better and better. That’s one of our key goals with CRYENGINE. I’ve always been a fan of more natural/realistic scenes and there’s something captivating about creating a believable virtual world.

These projects are part of my own journey to becoming a better artist, adapting to newer workflows/mentalities and trying to document what I’ve learned for the CRYENGINE and 3D community. I’m a strong believer in being open and giving away knowledge freely, I think you have to trust that people will appreciate your efforts. I’ve been really grateful for the reaction of the CRYENGINE community from these tutorials, there are some great community members out there doing some awe-inspiring work.

Which respective features of Quixel Megascans and Quixel Suite did you use there and why?

Megascans is a fantastic resource, having such a huge library of photorealistic assets has never been possible before. A huge bonus is that Megascans assets have game-ready tris counts which makes real-time scenes possible. You can usually get away with a lower polycount as long as the textures and lighting are setup correctly.

Quixel Suite is also an invaluable tool. Once you’ve been through the process of retopology and UVing, the last thing you want is the extra pain of texturing.

It’s great to be able to automatically add textures in DDO, and then add a few specific details in NDO painter. As an artist, the last thing I want to be doing is spending my time manually creating realistic materials for each and every asset. In reality, there just aren’t that many materials that are needed for most objects, so it’s possible to build a huge database of those and just cherry pick. It’s definitely looking more and more like the way we’ll be working in the future.

What features of CRYENGINE made these scenes shine?

CRYENGINE has an absolutely beautiful renderer. Even simple scenes get a level of lighting detail that few engines can compete with. There’s a state of the art Total Illumination (SVOGI) system that gives excellent bounce lights out of the box. But the killer feature is that everything is real-time, most other engines use some form of light baking. Once the sun and various lights are in place, everything is baked down and none of the lights can move. It looks great, but for some types of games, it’s not really feasible. Battle Royale games and MMO’s which are very popular right now often have dynamic Time of Day cycles, it’s exactly those sort of games that would benefit from an engine like CRYENGINE.

With help from Crytek’s Principle Rendering Engineer Vladimir Kajalin, I was able to get some new CRYENGINE features added which were a huge help. These were mostly small additions to our material editor which allow artists some more control. Sometimes even small features make a huge difference, and I’ll be working closely with Vladimir to investigate new technologies in the future.

What’s the future of CG? And where do you think you will be in 10 years?

I think CG has a very bright future. A lot of the issues people have with CG, in general, is realism, models, and materials that don’t look right, animations where the movement is a bit off, etc. Those are all issues that will happen when large amounts of manual labor are involved, and the only way is eyeballing reference.

There comes a point when it’s just not possible to sculpt or generate at the same quality as scan data. It has also not escaped anyone’s attention that some practical effects used back in the 90’s still hold up very well — and that using CG for everything was a step down in some ways. That was really CG in its infancy though, and as with any newer technology, there’s always a teething stage.

Now with photogrammetry, laser scanning, fully scanned heads with FACS poses, motion capture and so on, we’re starting to see more tech that brings the real world into the simulation. It’s cool to see the games industry at the forefront of this shift in mentality. It’s also interesting to see game technology being used more heavily in movies and television. 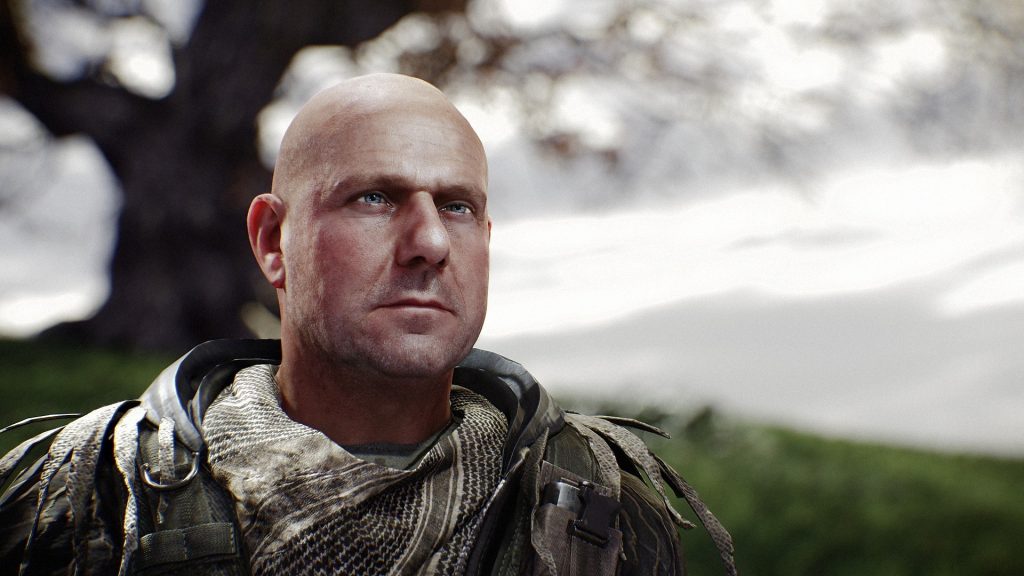 There are also some very interesting advancements being made in other rendering technologies. The success of Bitcoin and Ethereum blockchain technology opened everyone’s eyes to the possibility of truly distributed GPU rendering (things like OTOY’s RenderToken and Golem) – using the power of the blockchain as a global supercomputer. I’m definitely keeping an eye on that and will be investigating further. Whatever we run a renderer on though, it’s going to need to be optimized, and of course look good so that will stay the same. I think the way we optimize scenes and build them will change though, hopefully, there will be more automated approaches, with much less pressure on the artists from the technical side.

My plan for the next 10 years is to keep pushing the technology, keep raising my own quality standards and hopefully getting good results in the process. I think it’s good to surround yourself with people you look up to and can learn from, so wherever life takes me that will be a major goal going forward.

View all posts by olga