One of the Quixel community’s most prolific architectural visualization artists, Michael Fedichkin, is back at it again. This time with a stunning rendition of the Park Residence from the Oscar-winning Korean film, Parasite. Michael has a talent for recreating the real world, as he’s shown with studies on the Malmo Public Library in Sweden and the Casaplata restaurant in Seville, Spain.

Michael walked us through how he approached this project. 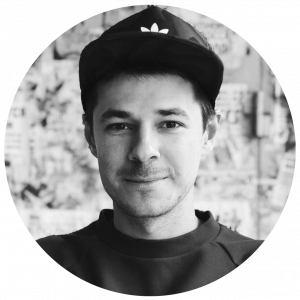 Hello again! Michael here. I’m a 3D artist from Ukraine with more than 10 years of experience in architectural visualization. My main principle when it comes to work is not wasting life creating routine things. There are thousands of visualizations out there but only a few are truly unique and special.

I’m very excited to share my recreation of the Park family home from Parasite (2019) by Bong Joon Ho, winning Oscars for best picture, best director, and best production design in 2020.

In total, this project took around two months of hard work, generally at night after routine projects. Sometimes it seemed to me that it would never end and I would just go crazy. But the fact that no one had yet recreated the Parasite house — excluding filmmakers — in such detail motivated me so much.

Inspiration: Studying the set and every frame

To my mind, Parasite is one of the greatest movies I’ve ever seen, and what I loved most was the design of the Park residence. I examined the way the production team went about building the set and how they planned to film scenes within it. 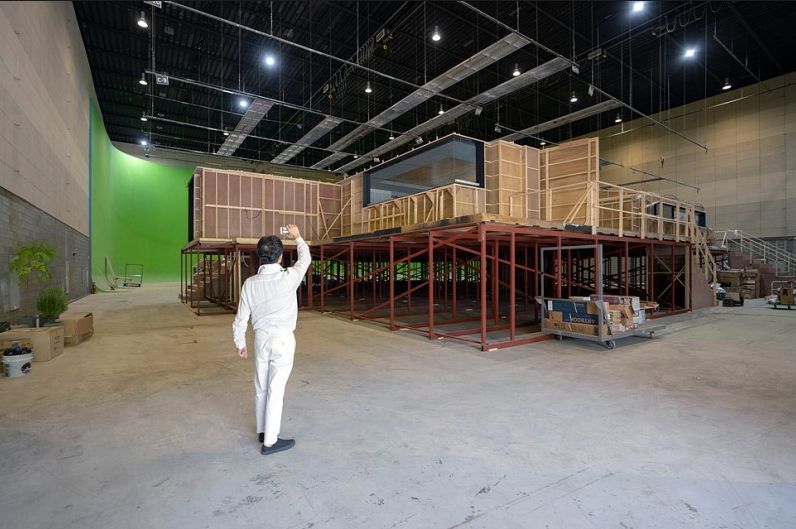 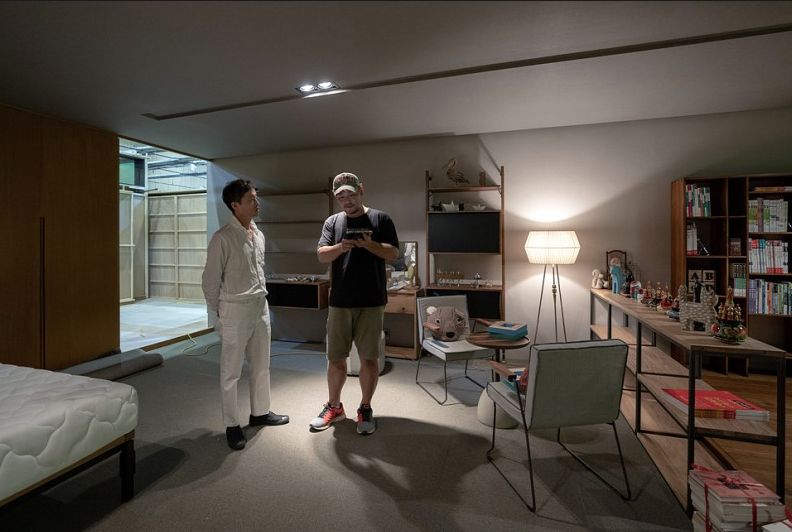 The idea to recreate the whole house in 3D came to me suddenly after watching the movie. I was really inspired by the house’s design and wanted to build one just like it myself. Why not, right?

Studying the production’s set allowed me to start laying out a detailed 3D model of it!

I then studied hundreds of frames from the film. One of the main features is that in real life the Park’s house doesn’t exist, so I’ve used hundreds of screenshots from the movie, photo references, posts from Instagram from the actors, etc. to recreate the house in 3D. 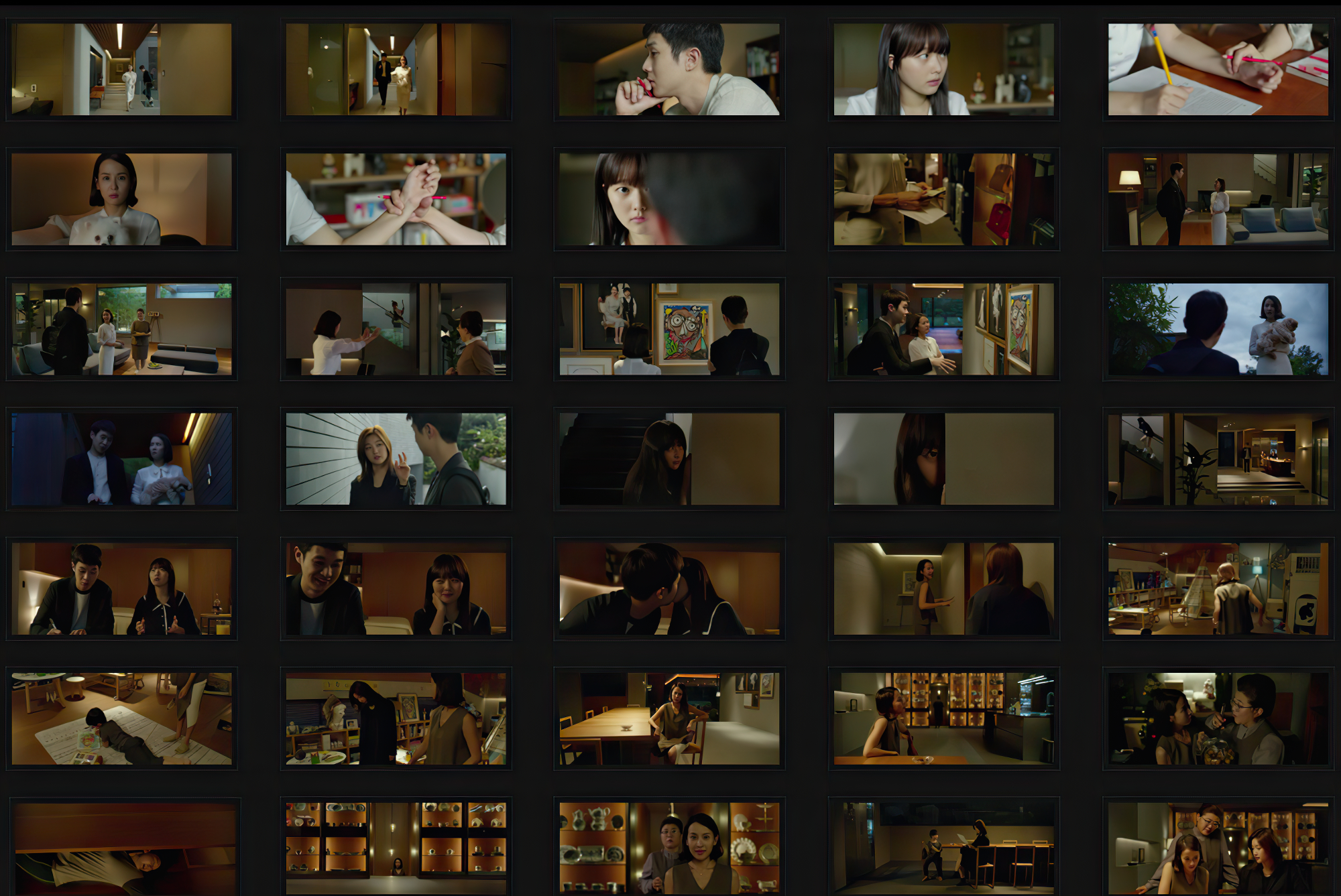 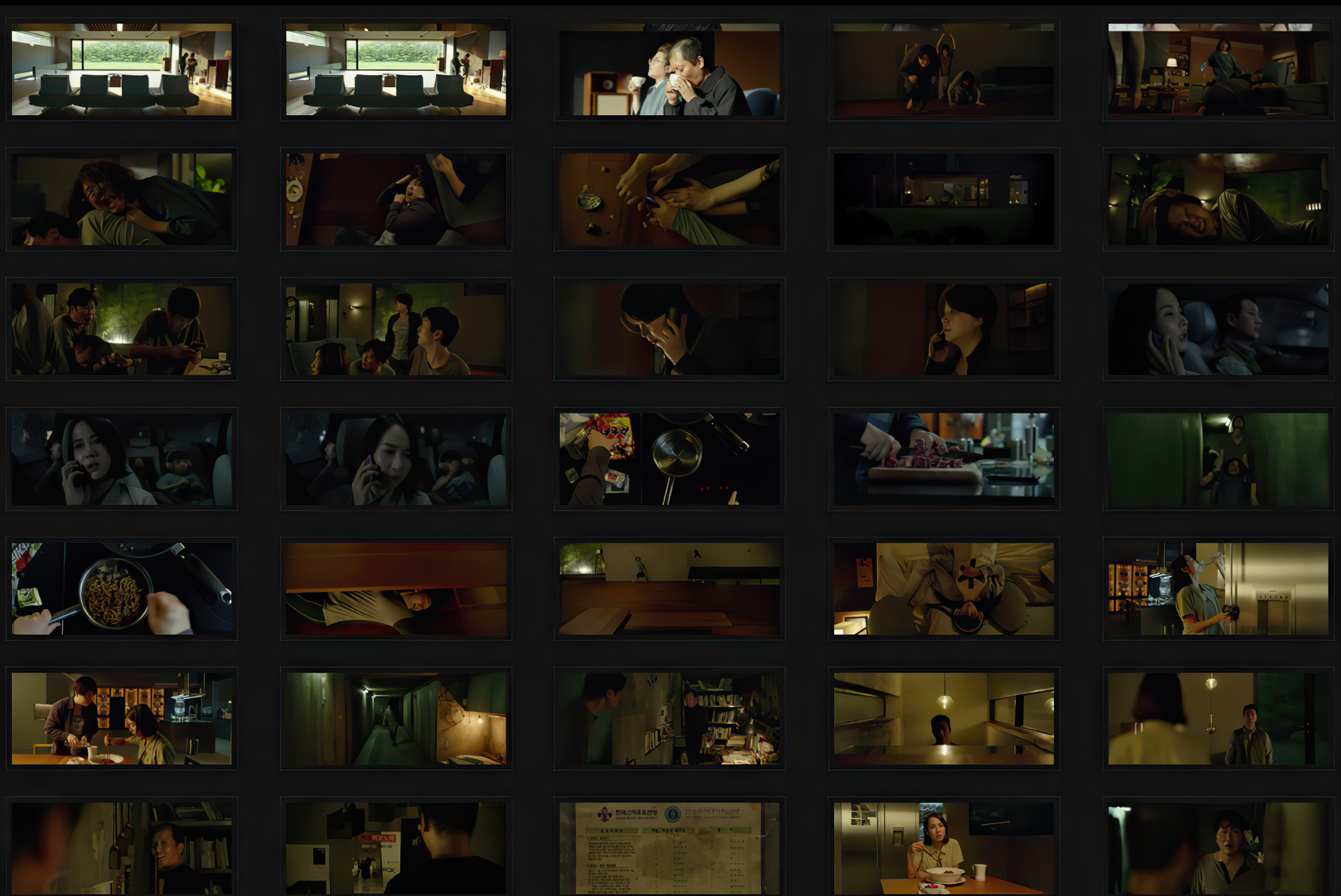 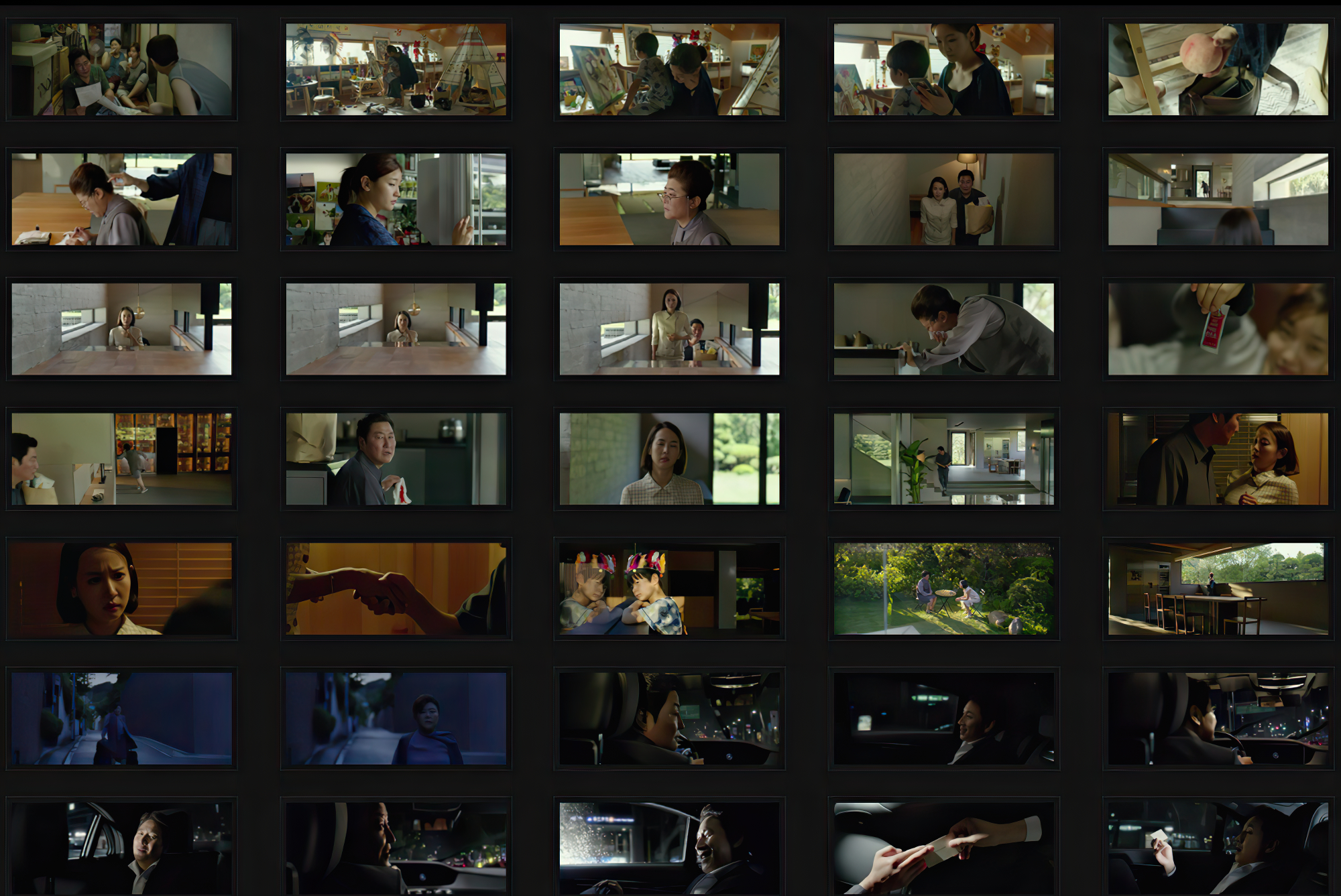 It was a real challenge to find the original furniture pieces and artworks produced by Korean designers that were used in the film.

Parasite includes unique 3D models of chairs, tables, torchieres, and other furnishings by Korean designer Bahk Jong Sun. I’m really fond of such minimalistic and laconic design. The paintings from Seung Mo Park decorate the Park’s house walls. I spent a lot of time looking for these artworks on the internet, then increased the low resolution and upped the quality of the images to create suitable textures. I used 3ds Max and Corona Renderer.

I didn’t have any dimensions of the building, so I started to create my model by calculating the tiles on photos, estimating their size, and so on. Tiles were modeled by using FloorGenerator. The modeling process was like picking up puzzle pieces with many unknowns so I double-checked some constructive elements from different photos on the internet.

For the interior decor, I used a lot of Quixel Megascans 3D assets. As for the environment and greenery, I used trees and plants from Maxtree collections. Usually, I prefer to export LOD 0 assets from Quixel Bridge as for displacement and normal maps, it gives pretty great digitalization and realism to objects.

In general, a huge amount of modeling and shader work was done. As for the shader work, I finalized basic Megascans assets by using Corona Layered Materials and ambient occlusion maps to make them more complex and realistic. 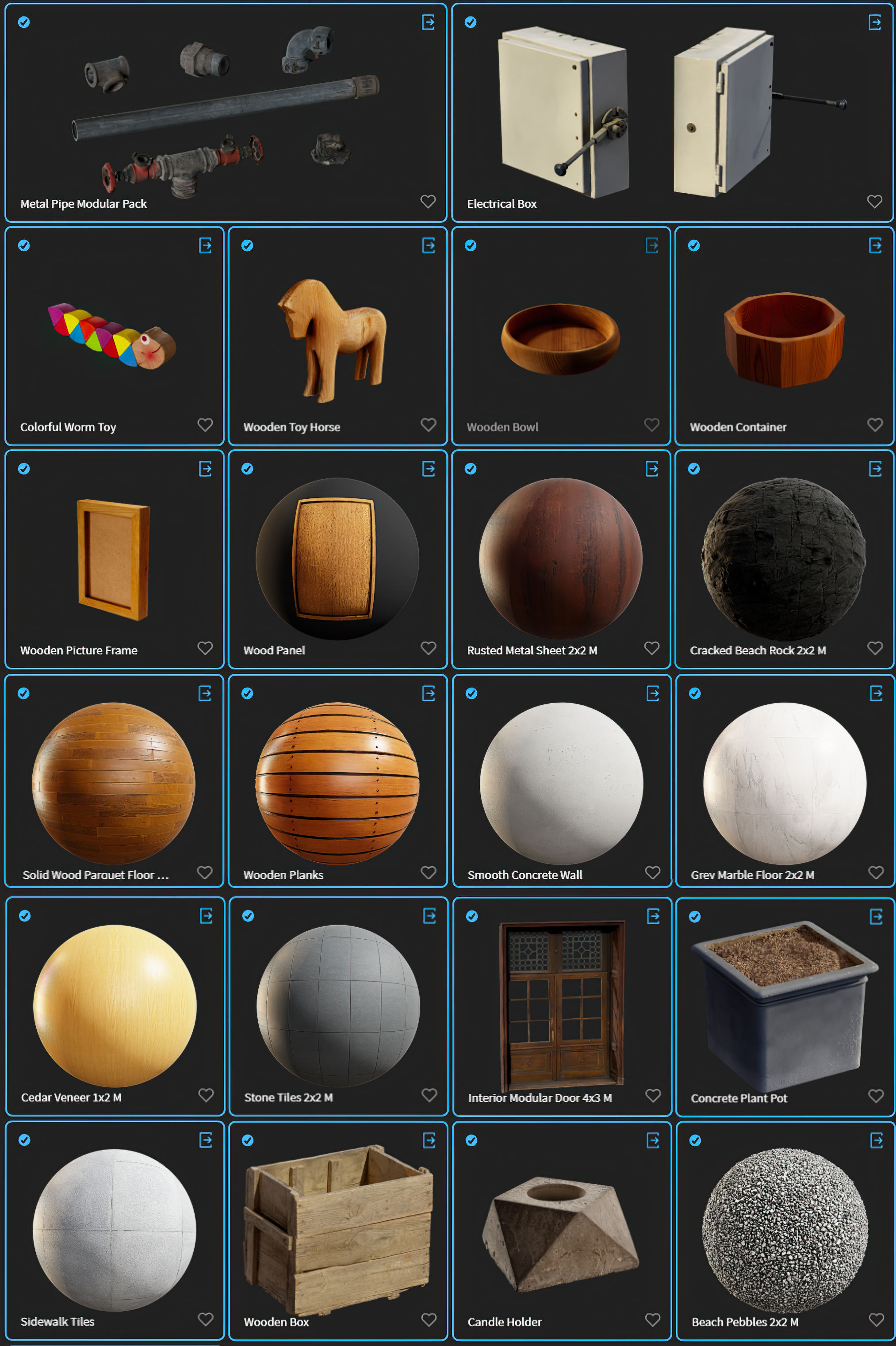 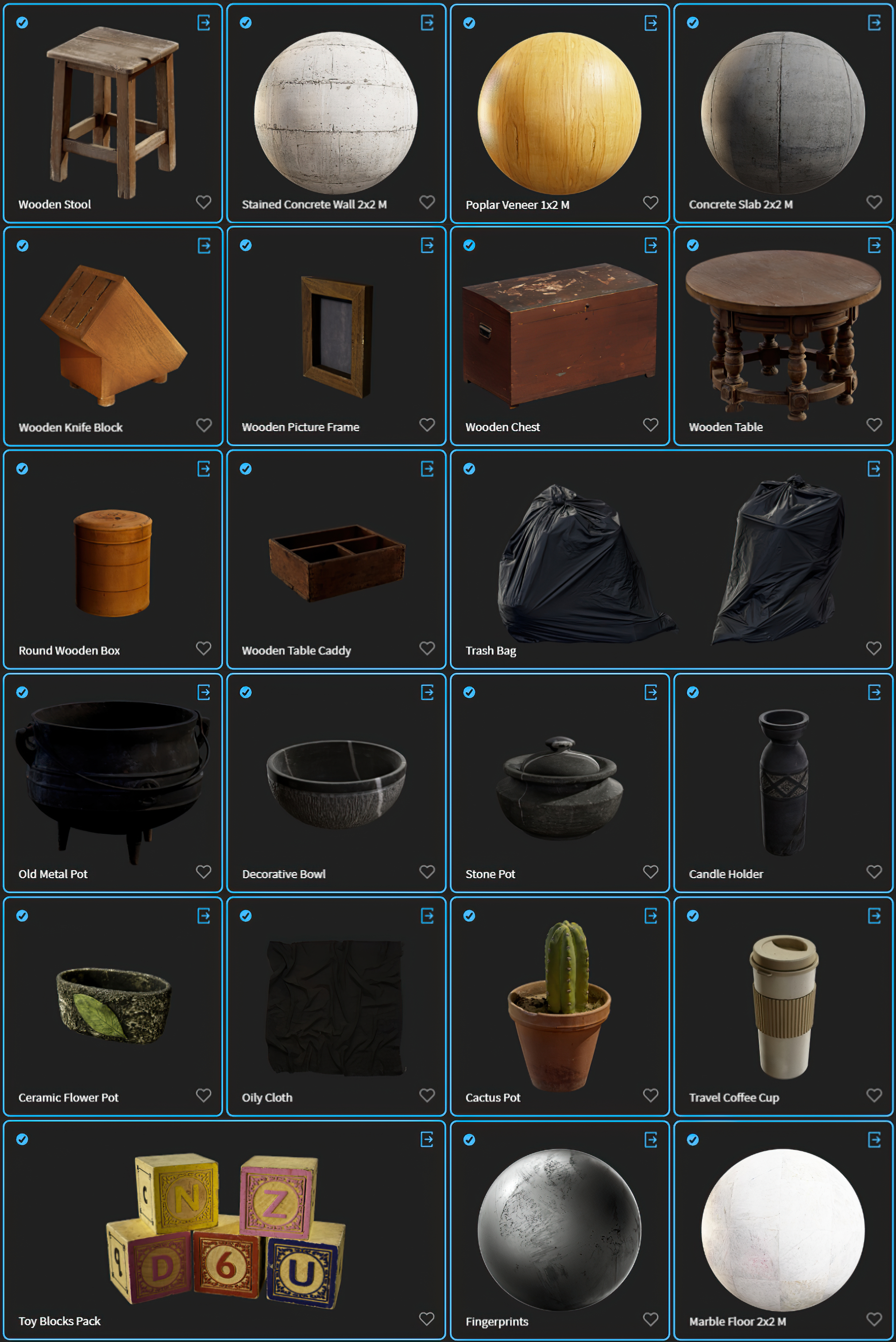 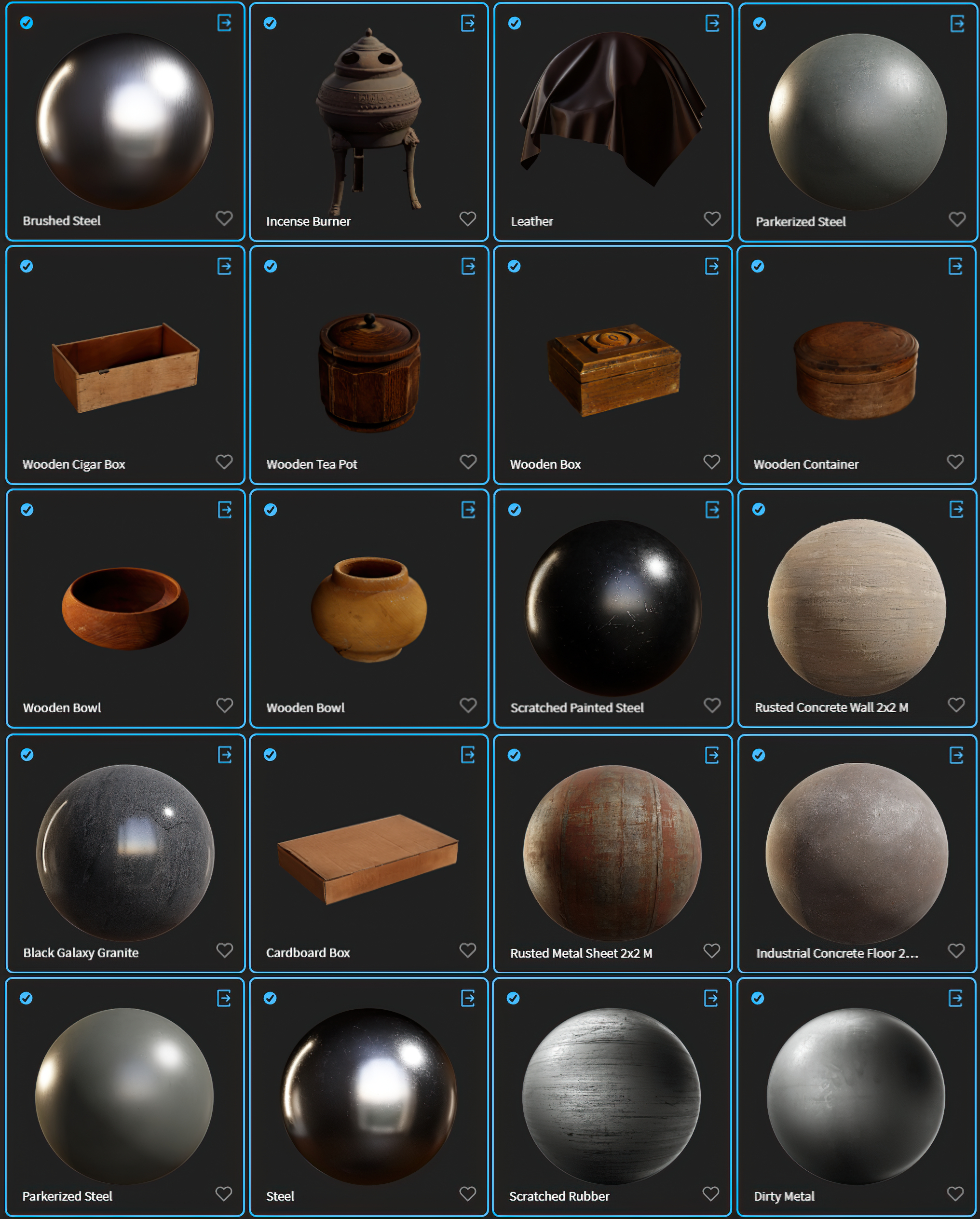 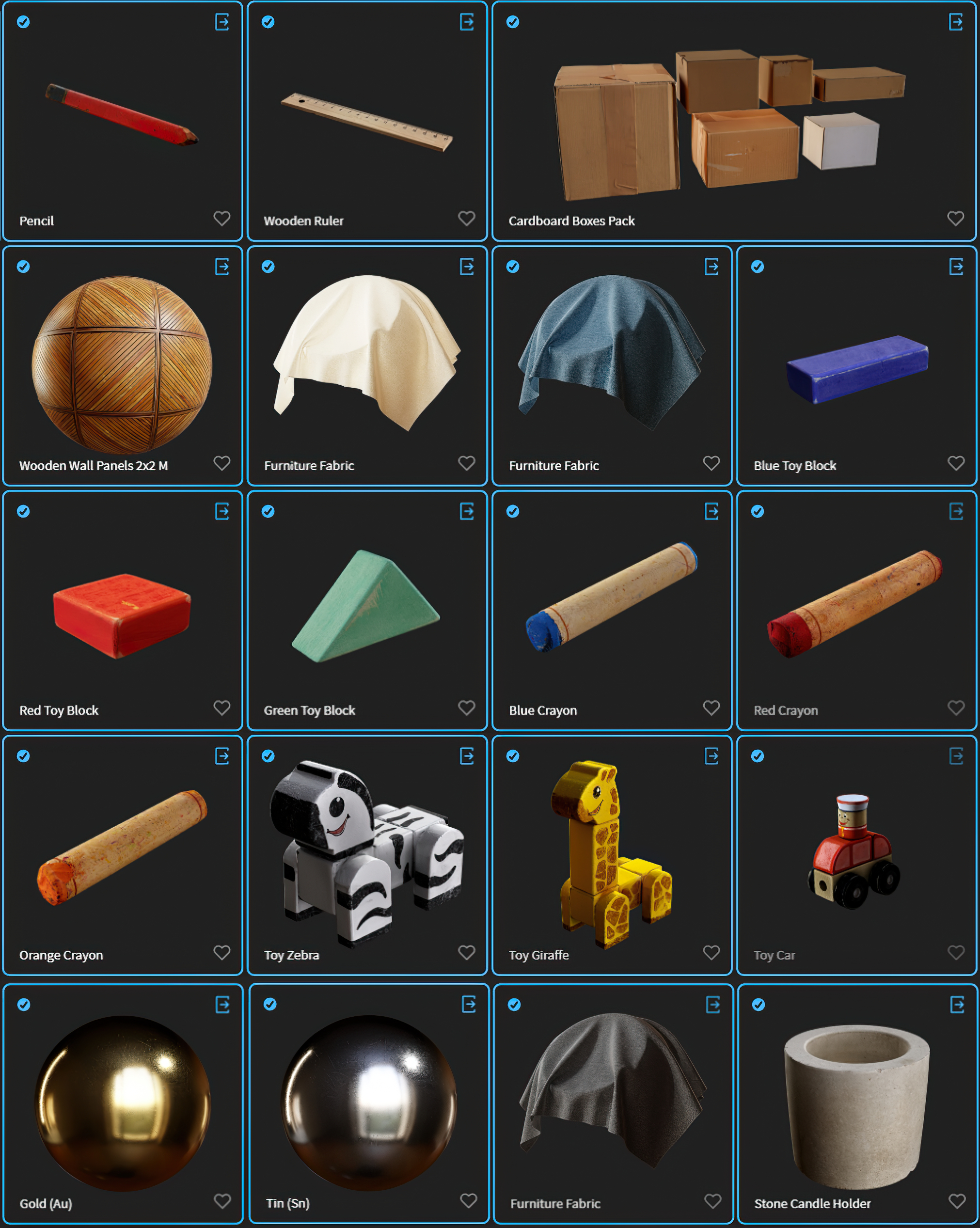 To light my scene, I used the HDRi map and Corona Sun for some perspectives (like with jalousie windows) to get sharper shadows. I like soft light HDRi maps to fill the space uniformly without highlights and to add accent lights from torches and lamps to create a cozy atmosphere. I constantly referenced screenshots from the film to try and create the exact same lighting, mood, and atmosphere as in the film.

As a side note, lighting design is another great reason to watch Parasite, in my opinion. Throughout the film, it is implemented with a real philosophy by director Bong Joon Ho. It features traditional Korean cultural symbolism through color. The Park’s house is marked with shades of orange and yellow — this is a symbol of wealth and prosperity. So all my light sources in the scene have predominantly warm light in 2700K.

In my scene, light accents play a key role. In the movie, the juxtaposition of lights and shadows, warm and cool colors, all express the contrast between the world of the rich and the lives of the poor. So I’ve tried to use the same color scheme in my renders. 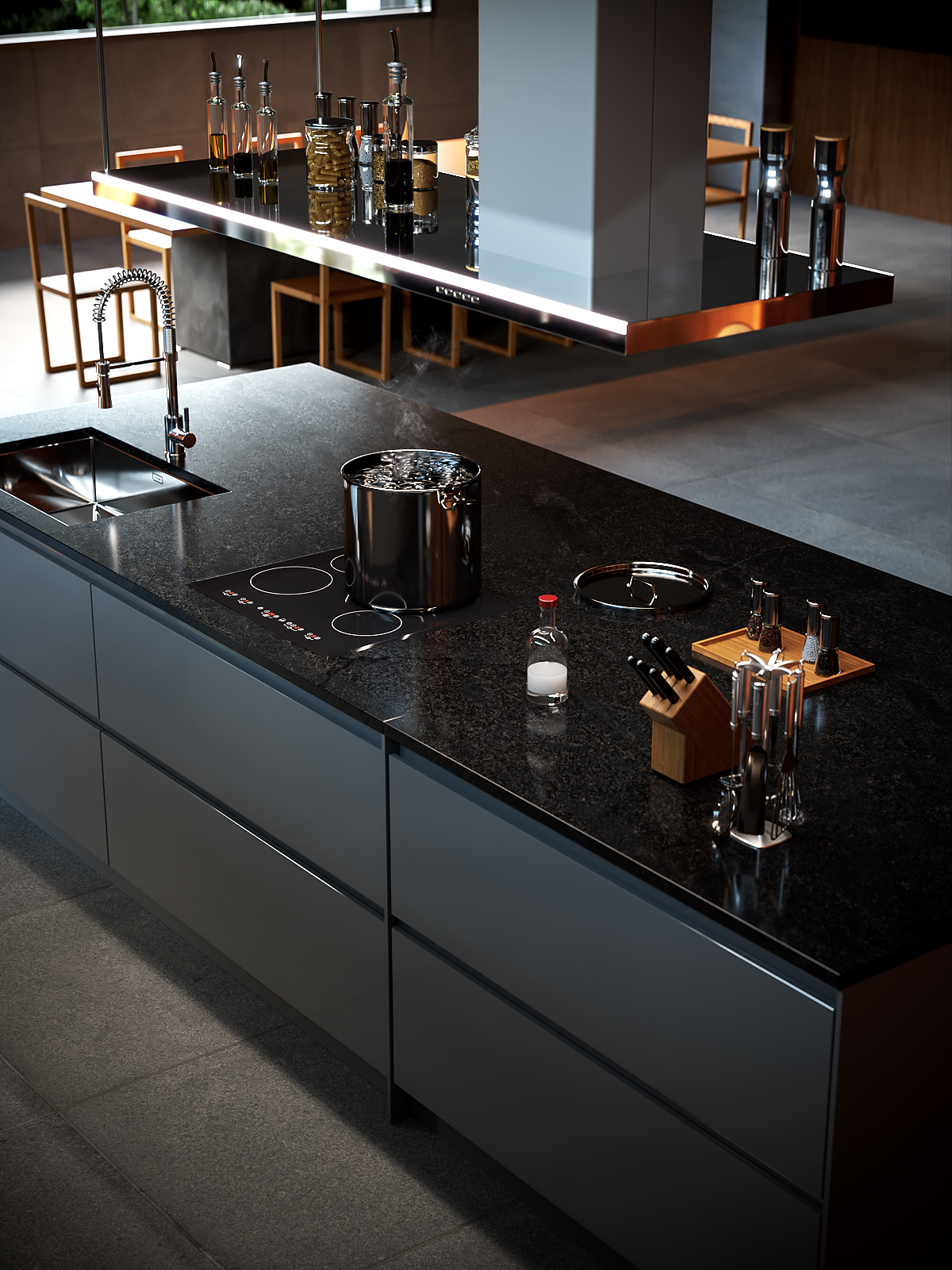 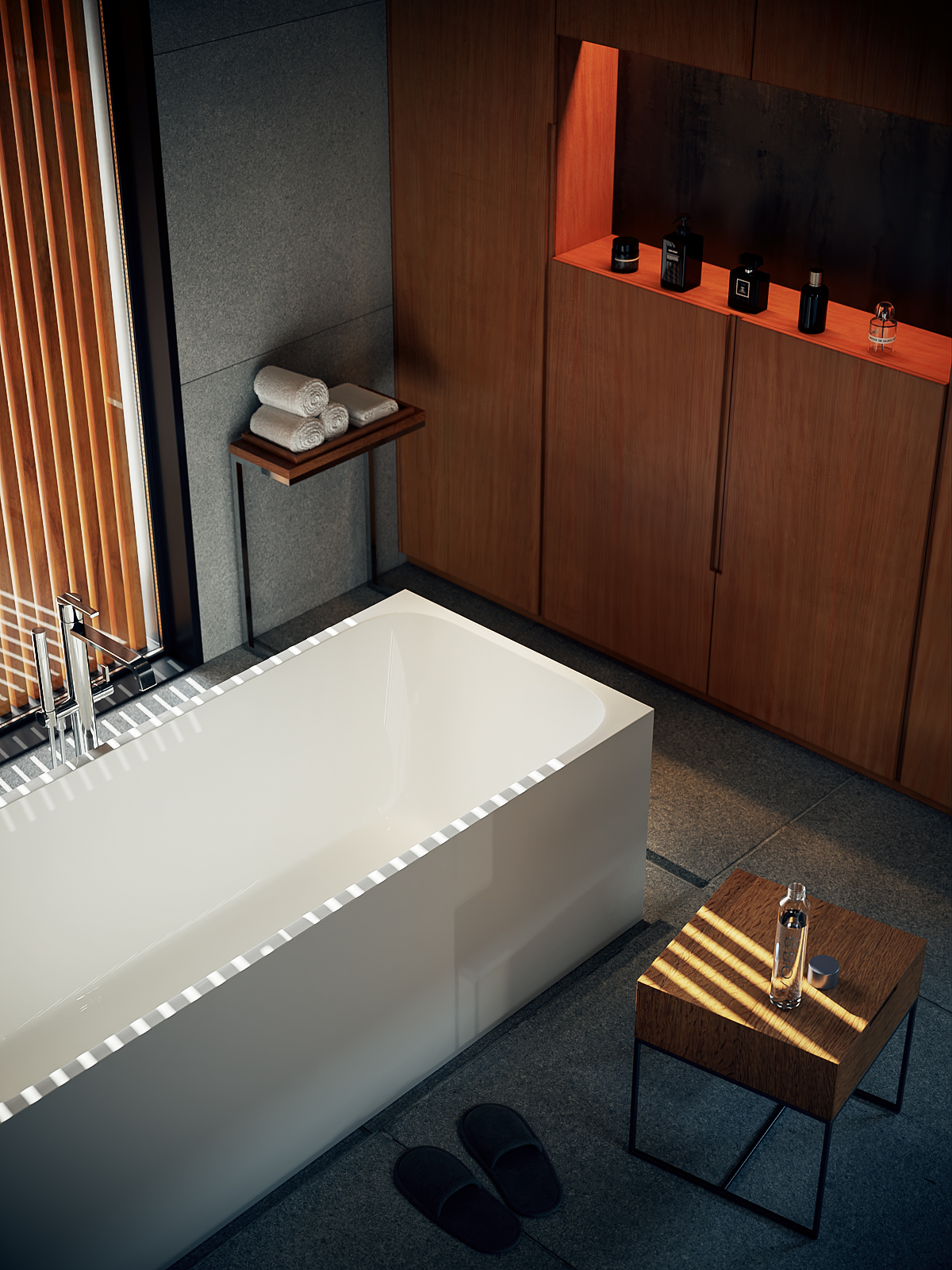 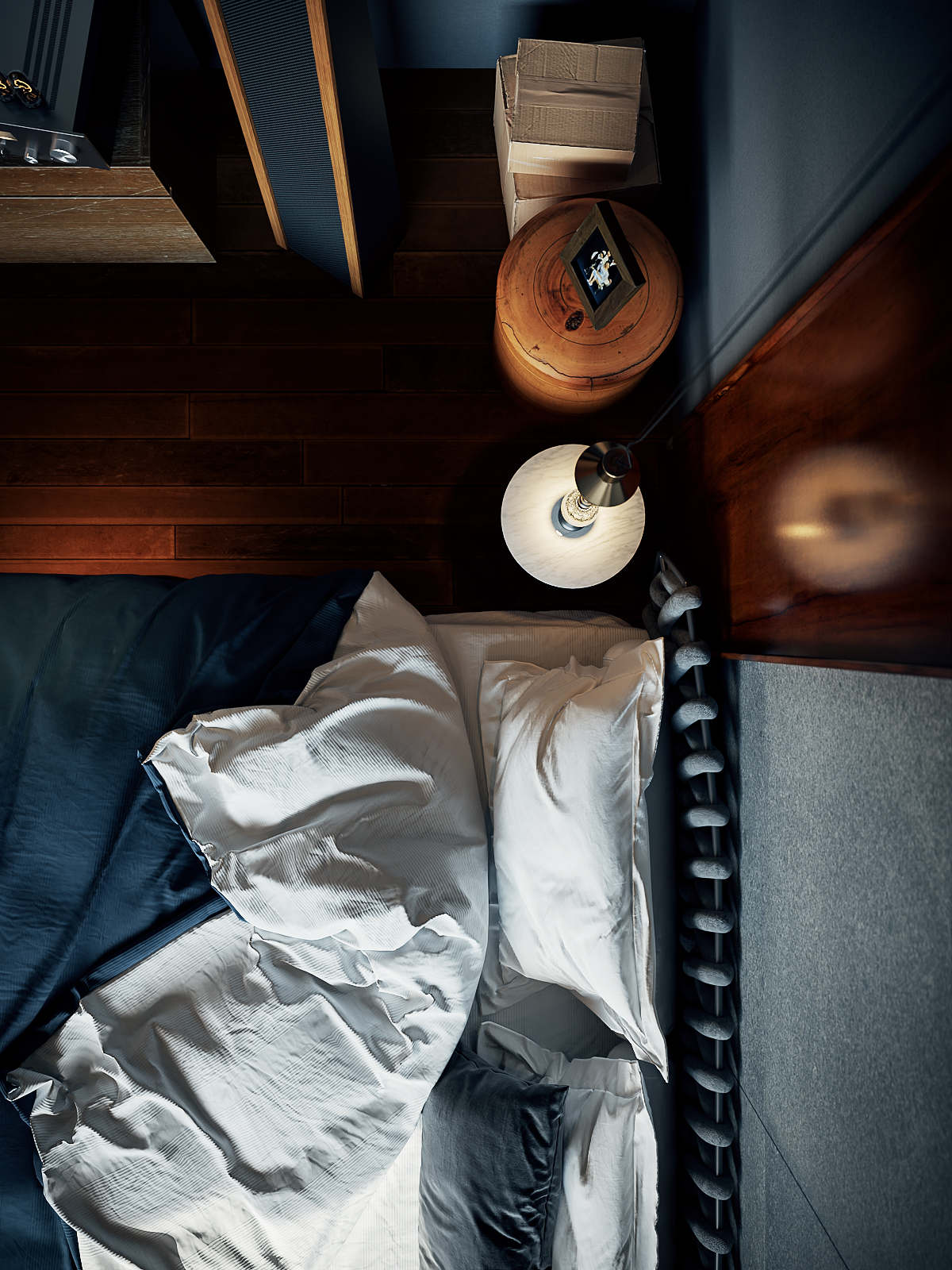 Post-production, as always, was done in Photoshop. I use my own actions for Camera Raw Filter. It’s my favorite tool to operate with highlights, shadows, color mixing, detail sharpening, calibration and etc. Also, I did some work with Z-Depth masks for this project.

For this project, I used two resolutions: 4032×1960 for the main wide perspectives and 1200×1600 for vertical renders (mostly for close-up shots). I always use the same Corona camera settings in 3ds Max as in real life for DSLR cameras. It’s very important in situations when we are ‘playing’ with the depth of field (DOF) and bokeh effect. In Corona Render Setup I always use DOF to shape different custom aperture maps. 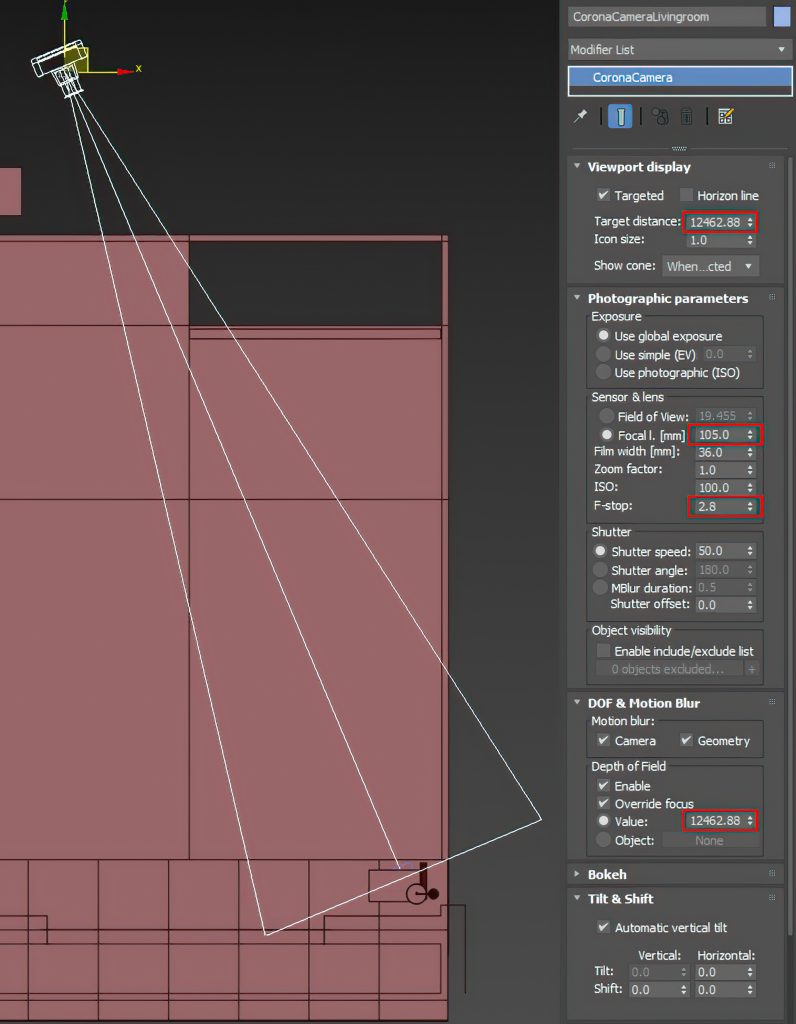 You can find something suitable to your needs on the internet or create your own. It’s always kind of an interesting experiment to try different aperture shapes. It’s one more way to make your renders more unique and add some personality to them. As for the focal length, my favorite values are 28-30mm for wide angles and 75, 85, 105 for close-up shots. For such close-ups, I set the aperture to f/4. If I needed to make the bokeh effect more expressive, I used f/2-f/2.8. In order to show all the objects in focus on the wide-angle shots, I normally used f/7.1 – f/11.

I’ve never really used Interactive Rendering in Corona. While this is a pretty cool way to find a good camera position, I rely instead on what my eyes see from the camera’s perspective. I recommend paying a lot of attention to camera position if you want to get amazing results.

As for the rendering settings, no special customizations were needed, as usual — a big thanks to the Corona Renderer developers. I have a pretty powerful workstation so to get the best final results, I’ve used such extreme values as 0.5 for Displacement Screen size (px) and 1%-2% for Noise level limit. When it comes to Displacement Screen size, the difference between a value of 0.5 and 1.3, for instance, is significant. 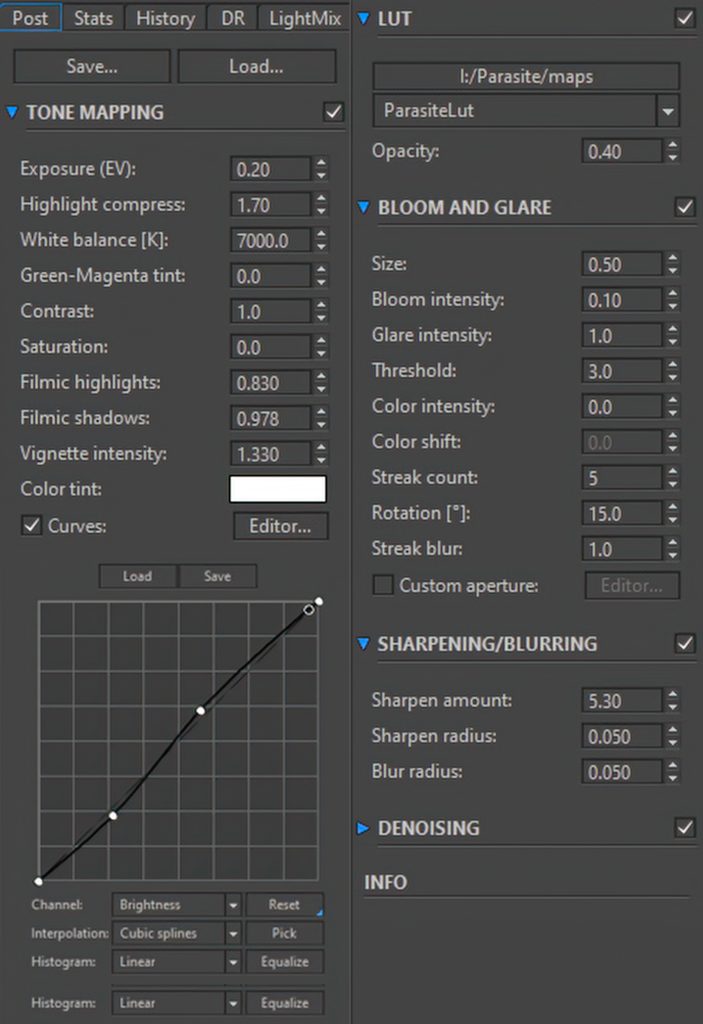 Corona Frame Buffer settings are another important point. I’ve learned the best settings here after many years of experience and testing, and so I wound up using my own custom LUTs for this project.

I want to say great thanks to everyone who appreciates my work, supports me, and follows me. I’m a perfectionist and always want to improve my final results. And I really don’t consider myself very talented or outstanding. We are all using the same instruments and software, the same assets and collections. But what I know for sure is that I have a tremendous inner power that gives me the energy to create something unusual and unique. And when you harness this power, impossible is nothing in this world.

The idea for a project like this can come to you suddenly. You just need to feel this and start to find your way. If you are a 3D artist and have a dream, the very first thing you can do is create and visualize it in 3D. If you are a 3D artist, try to put your heart and soul into what you create, and you will be delighted with the outcome. 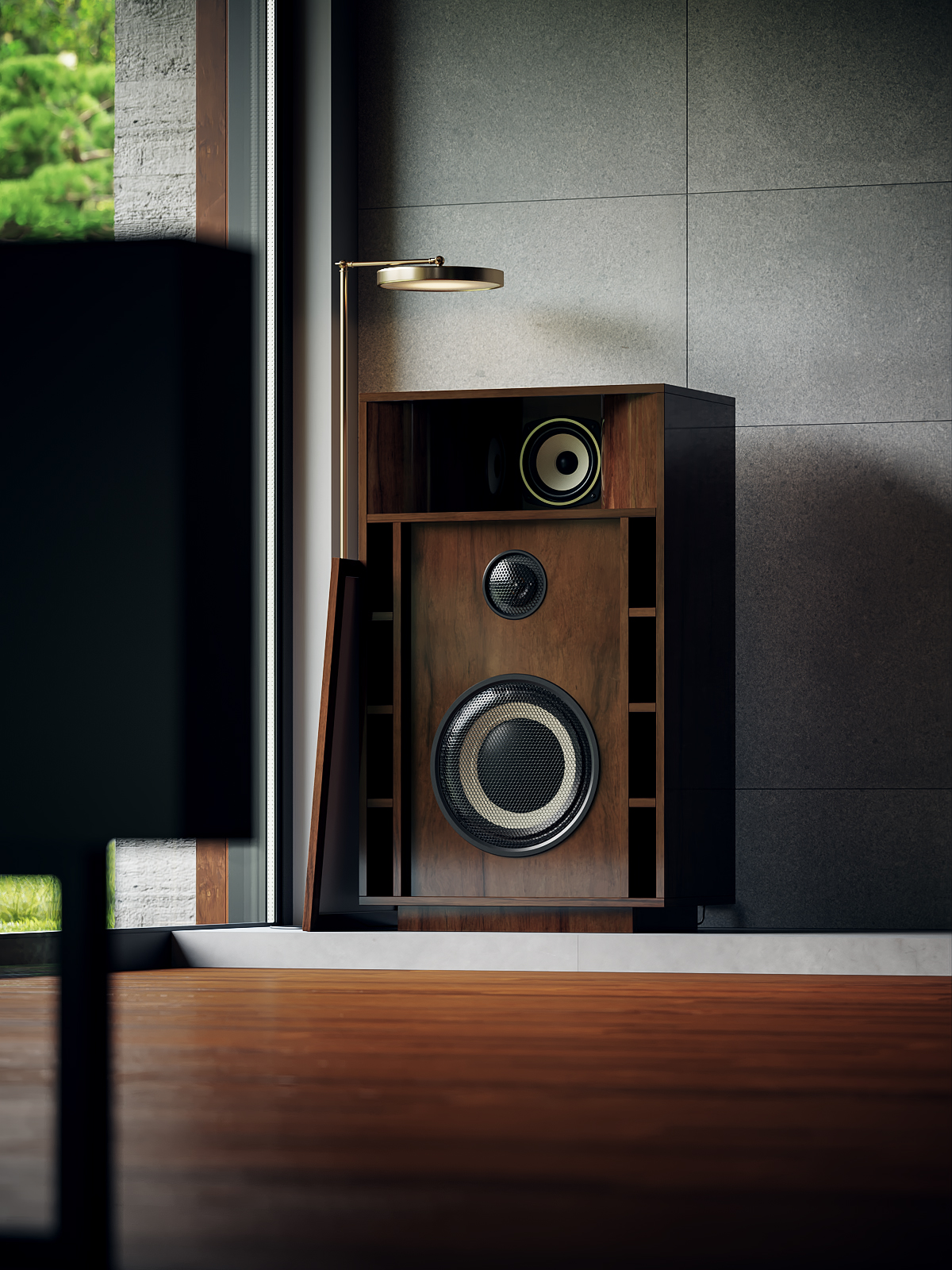 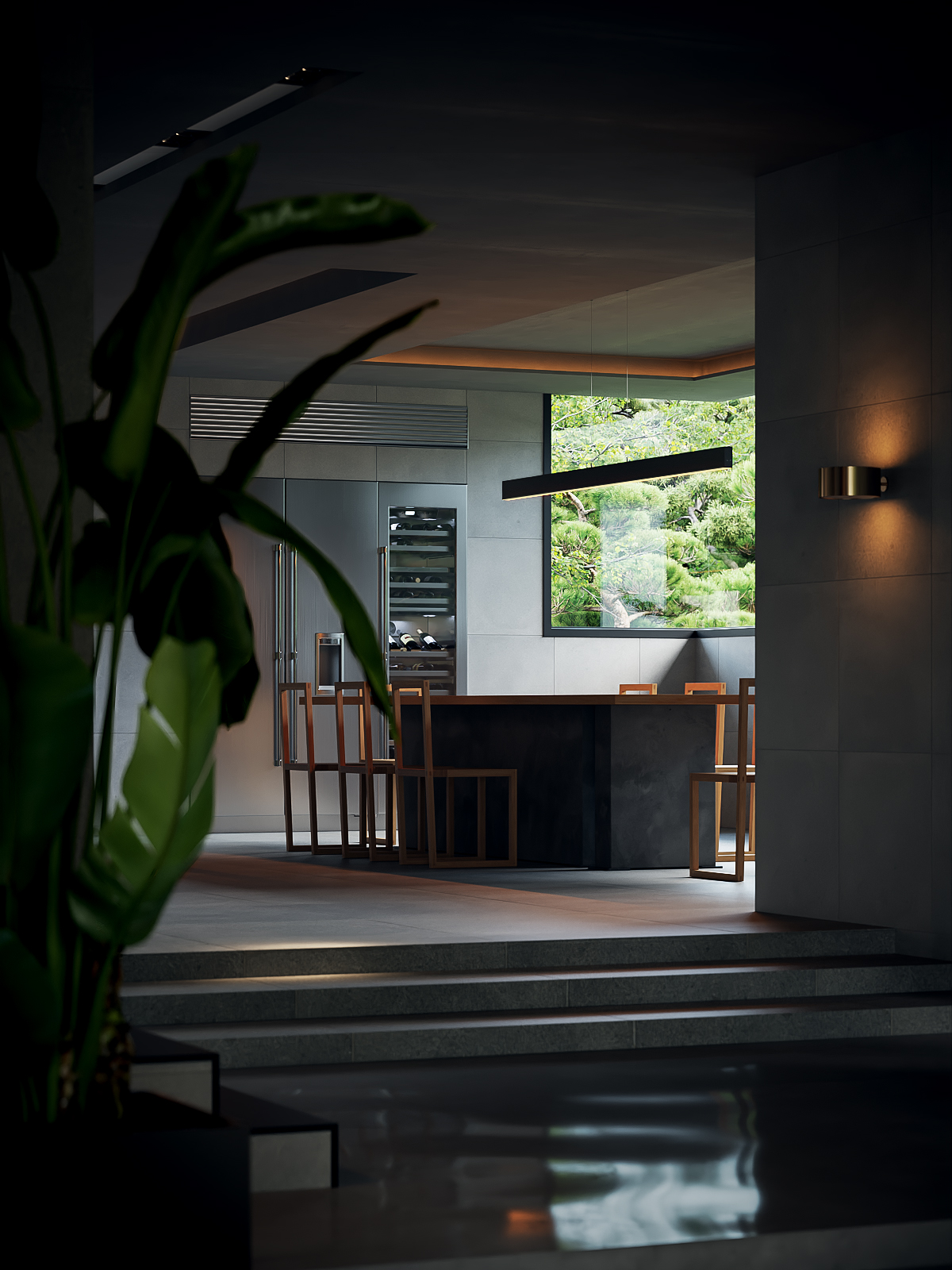 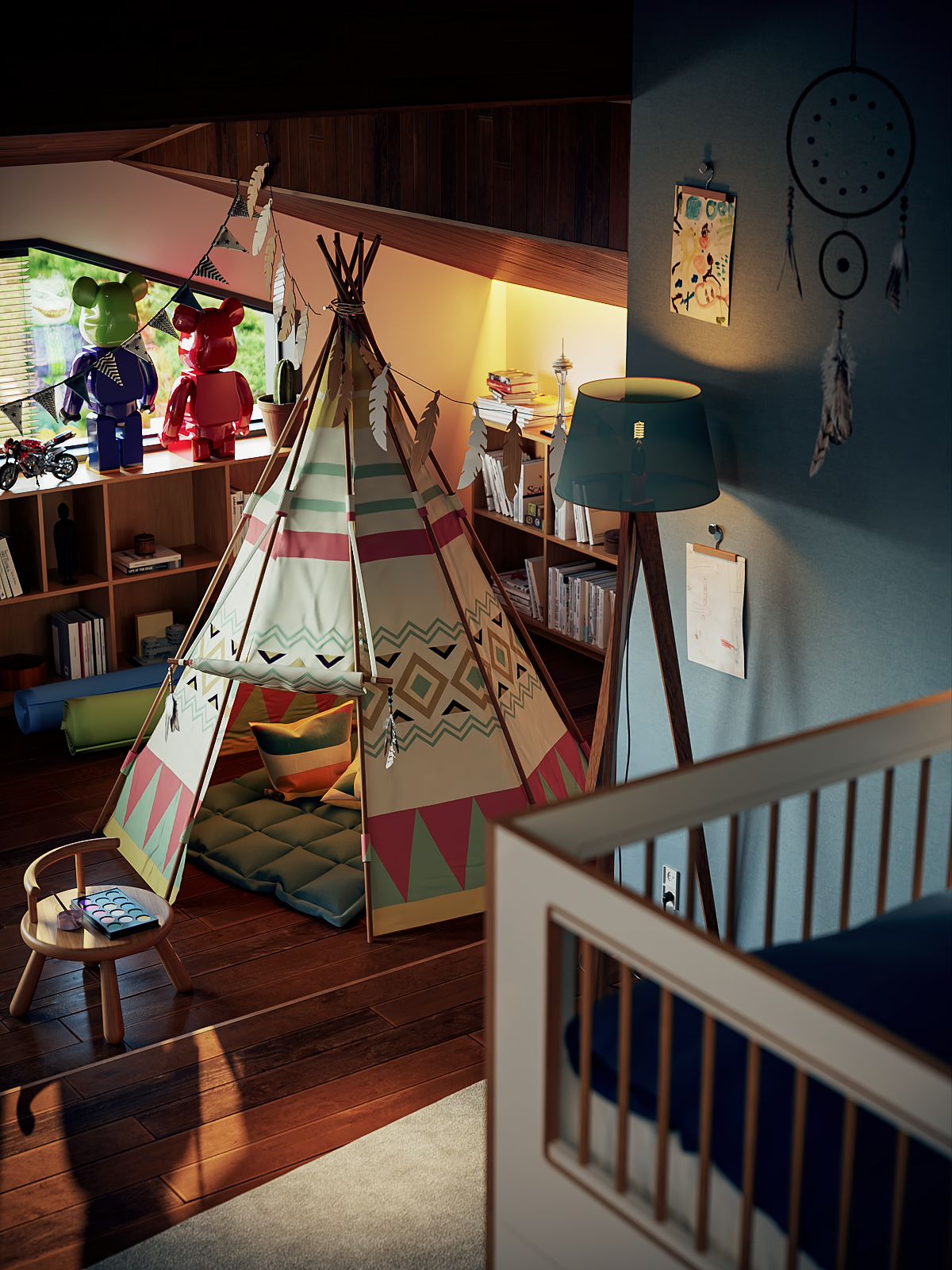 Check out more of Michael’s work on Behance. You can also dive into previous spotlights where we cover location recreations including the Casaplata Restaurant and the Malmo Public Library MetaHumans have a home in Bridge