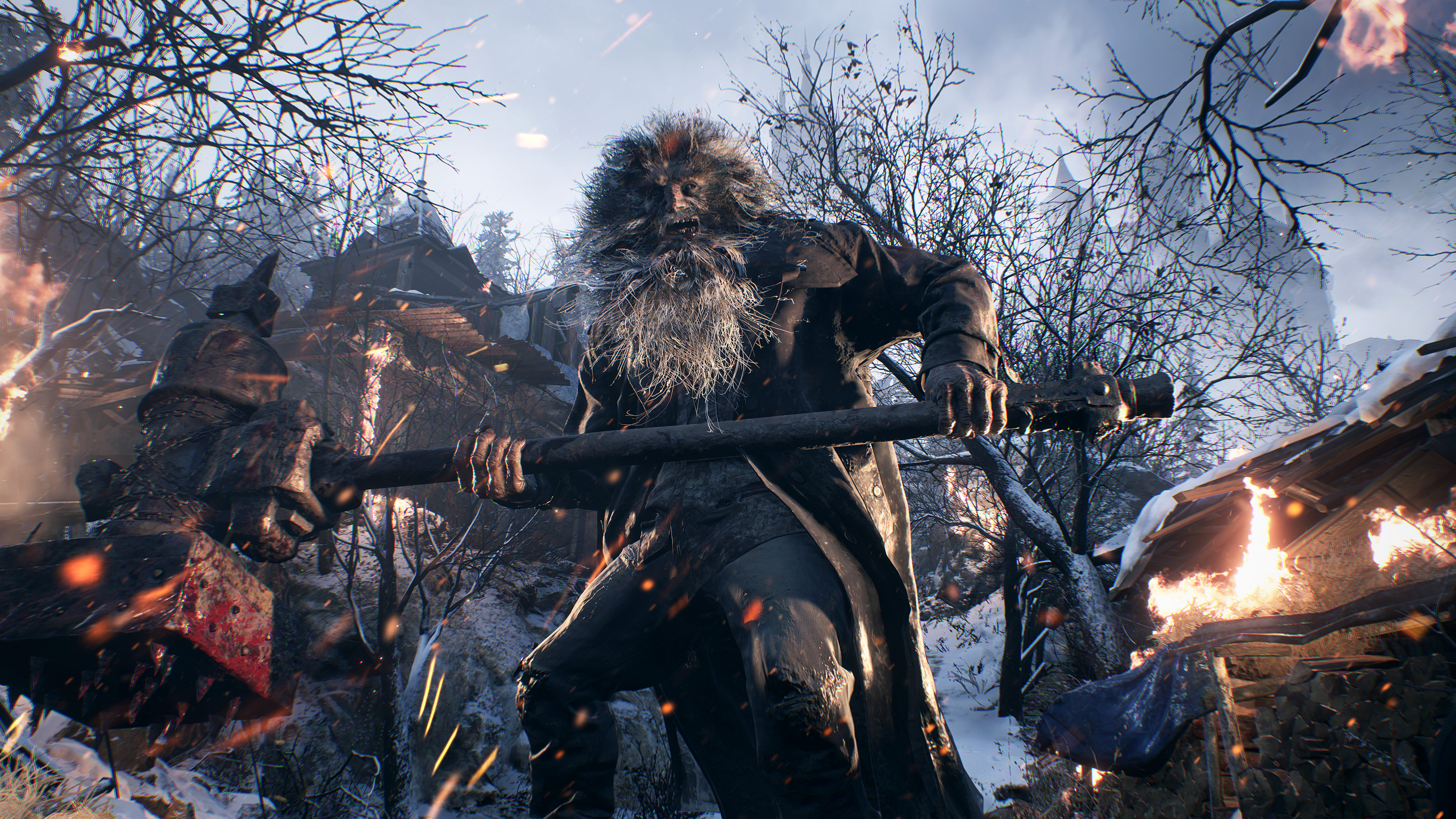 Resident Evil Village is a landmark for the first-person survival-horror genre. The team at Capcom set a new bar for quality and immersive storytelling in this follow-up to the critically acclaimed Resident Evil 7: Biohazard. So how did the visual experience of Resident Evil Village come together? How was it made so compelling? And how did the environment and level design of the game benefit from the use of the Quixel Megascans library?

We had the chance to catch up with the team at Capcom Japan to find out. The following is a conversation with Jumpei Mashiba (Lead Environment Artist), with input from Toshihiko Tsuda (Lead Level Designer), Morimasa Sato (Game Director), and Tomonori Takano (Art Director).

A special thanks to Vilhelm Smári Ísleifsson from Capcom Japan for translating this interview. 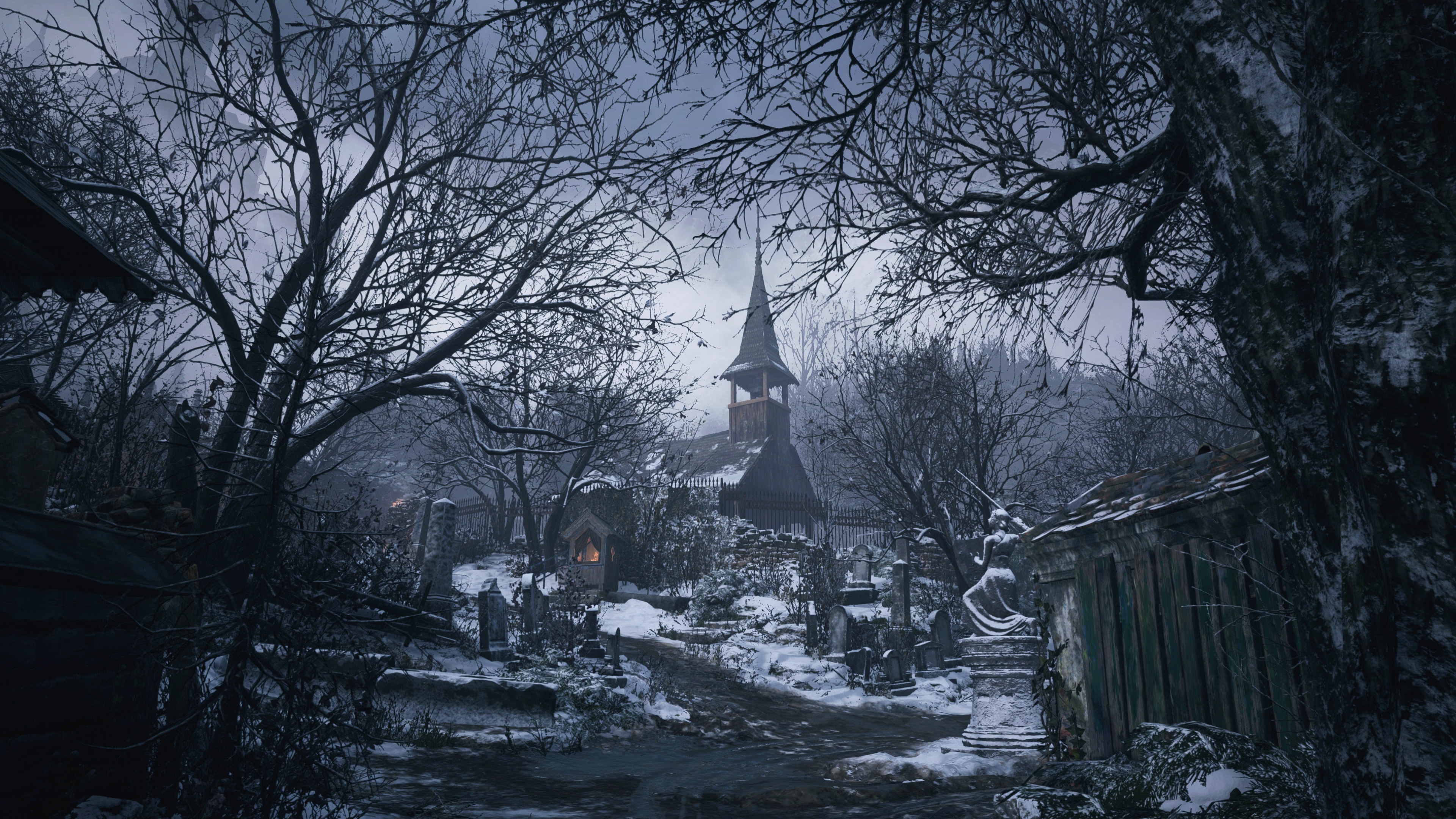 Q: Resident Evil 7: Biohazard truly pushed the bar for realism in a first-person horror setting. As the team set out to take this further with this installment, what were some of the goals and benchmarks they wanted to achieve with the world of Resident Evil Village?

JM: When we created the environments for Resident Evil 7: Biohazard, we could focus on minute details, as it was set in the closed space of a mansion. With Resident Evil Village, we faced the challenge of creating a highly immersive horror experience set in a much larger area—a village. By creating a contrast between the beautiful village and the ugliness that lies behind it, we were able to maintain the fear and tension of a horror game even when the world was more open.

Q: The game features some breathtaking settings. From the claustrophobic Castle Dimitrescu and underground sections to more open parts of the world like the hauntingly beautiful village itself. As the player straddled between distinct sections of the world, how did the team maintain a sense of dread and looming anxiety throughout the experience with the level and environment design?

JM: Resident Evil Village maintains its tension throughout by being structured around having different types of fear across the title’s multiple areas, as having the same kind of experience throughout the village’s open area would have certainly helped break that tension. By offering players a new experience in each area—such as showing the Resident Evil series’ basic experience with the castle’s gothic horror, calling back to Resident Evil 7: Biohazard with House Beneviento, introducing panic horror with the lake section, and giving users a taste of gore with the factory—we aimed to design an experience where tension and anxiety are completely uninterrupted. The visual layout and lighting are also designed to generate emotions in line with the concept of each area. 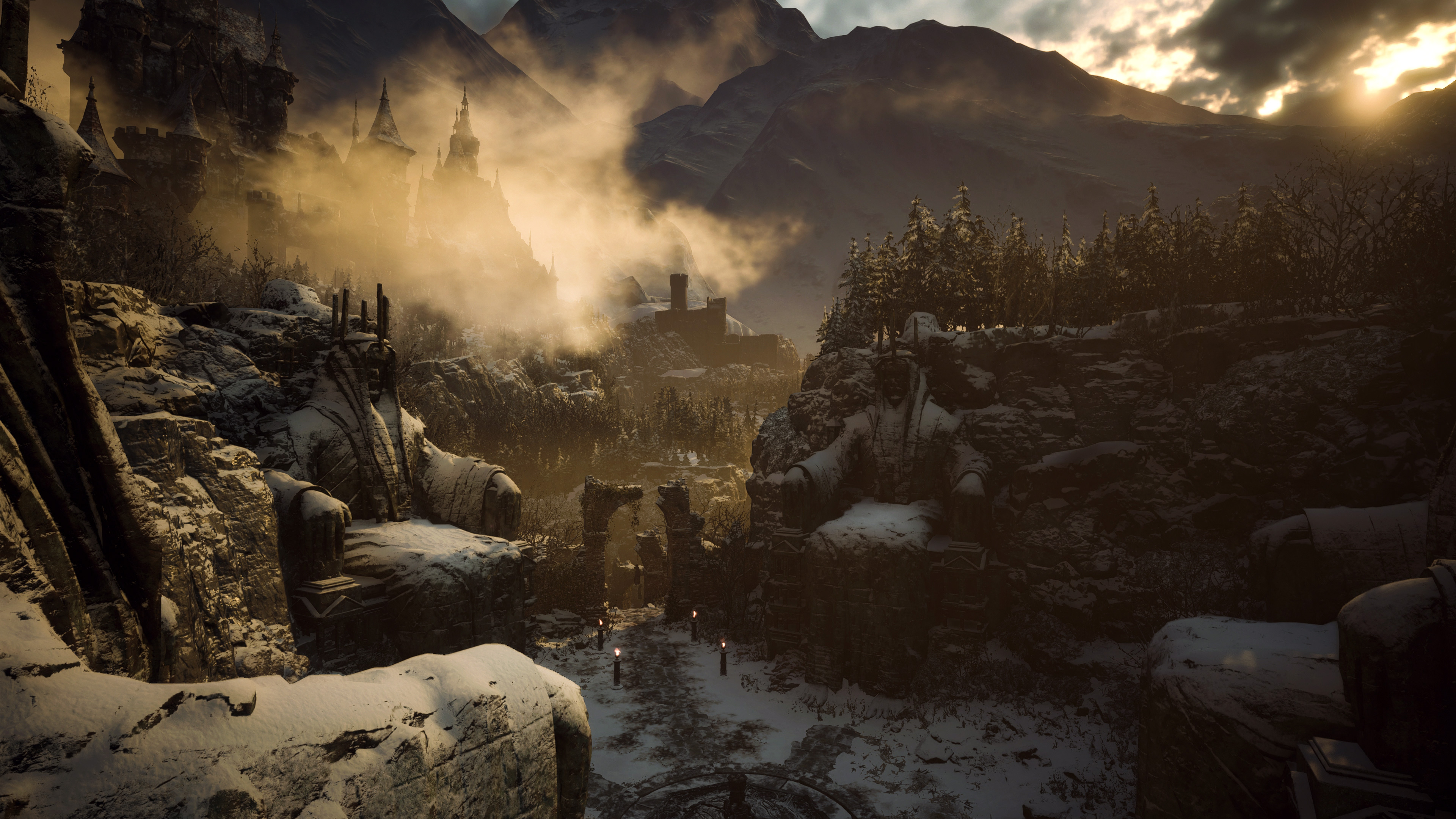 Q: For a game that runs in native 4K at 60 frames per second with ray tracing and HDR lighting, having performant 3D assets and textures for the environment would have been paramount. How well did Megascans content hold up under these requirements?

JM: With these opposing requirements of targeting 4K resolution at 60 frames per second while also aiming for high-quality, high-detail environments for the first-person action, seeking optimization without compromising quality was a constant item on our task list. When you visit the village for the first time, you get a view of the entirety of it from a high vantage point. That specific scene predictably caused some processing load problems. Since we used Megascans assets for environment terrain and plants, we were able to achieve the target quality of individual assets at a relatively early stage, and that allowed us more time to adjust model specs, asset placements, and level of detail optimization, helping us overcome those problems. When you are creating assets completely from scratch, you have to spend a lot of time finding that fine line for optimal processing load, but the Megascans library already has a plethora of high-quality scan data. We were able to focus on what kind of specs are needed for the game, so the Megascans assets were a lot of help in many places. 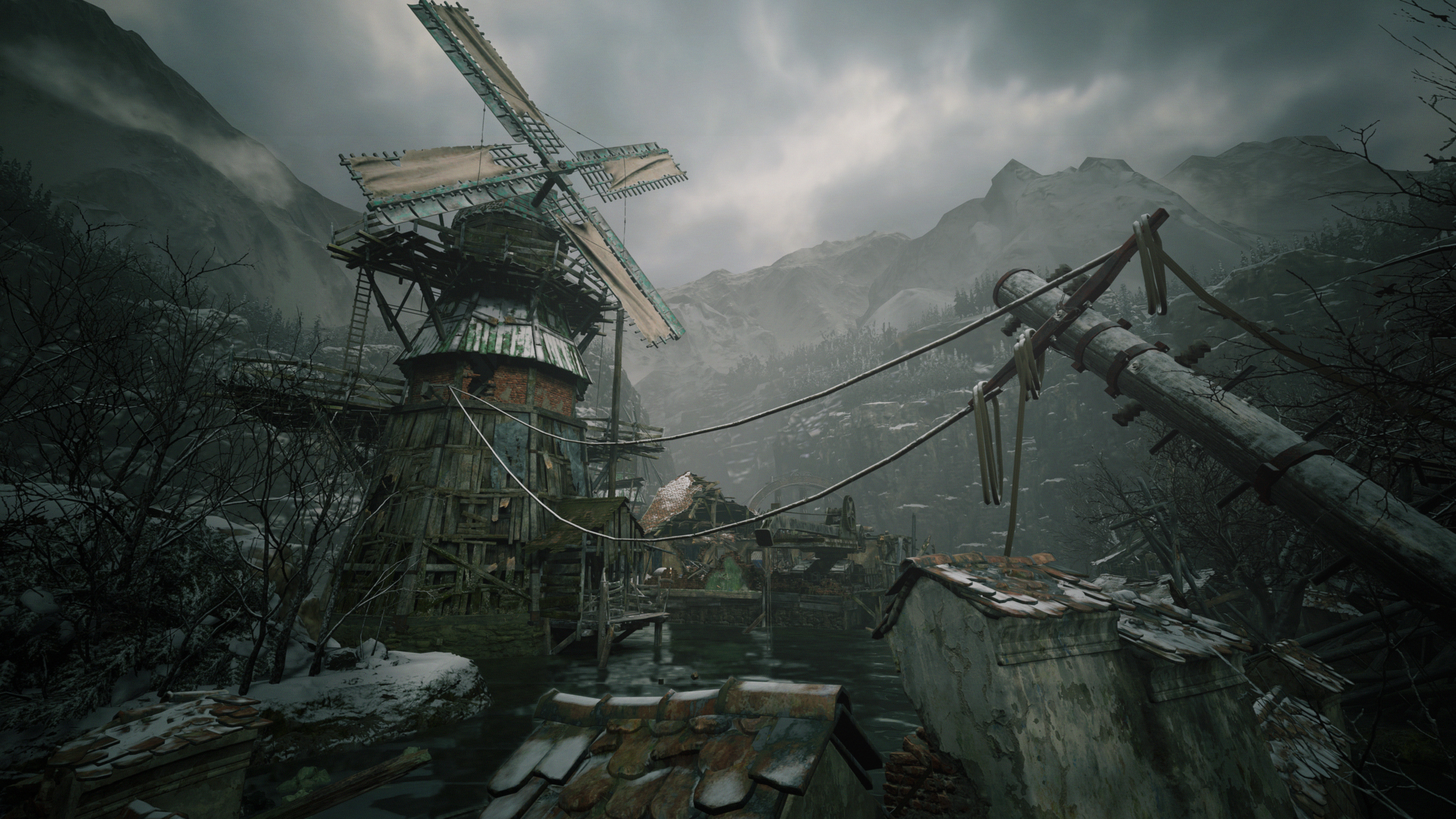 Q: Did the Megascans assets themselves inspire any design decisions for the environment or level designs? Did they help make any decisions easier or create new solutions to existing challenges?

JM: Since we had a shared Megascans library directly integrated into our production environment, we could quickly apply materials to newly blocked out environments and grey boxes, as well as props, and used it to our advantage to plan out materials and very quickly share with our artists the image of how we wanted the environments to look. We also always had assets that used Megascans placed in our LookDev environments, which we used as a quality bar to keep the quality line we needed without the art directors spending time on reviewing every single asset. It also reduced the number of assets that were either excessively processed or did not have suitable materials, which we believe also helped us in keeping the quality bar stable.

Q: What proved to be the biggest time-saving aspect of using the Megascans library?

JM: As we said, we deployed a shared Megascans library that was integrated directly into our production environment, and so we were able to see great results by establishing quick workflows with stable quality lines and good memory management early in the development process. Although the village is at the center of the game, there is a large range of natural environments such as trees, terrains, cliffs, and so on that feature very prominently in the game—so there was a need to establish not just high but also stable quality lines. Being able to overcome this hurdle made a hugely positive contribution to our development process. Besides that, having access to the vast Megascans texture library helped us create multitudes of damage patterns and degradation intensities for another very prominent asset in the game, namely the plaster walls of the many houses in the village. We could search for textures that our environment art director would be happy with and apply them in different ways that would pass our quality bar. This was also a great advantage, as we could work flexibly to create slightly different texture patterns without having to rework the material. 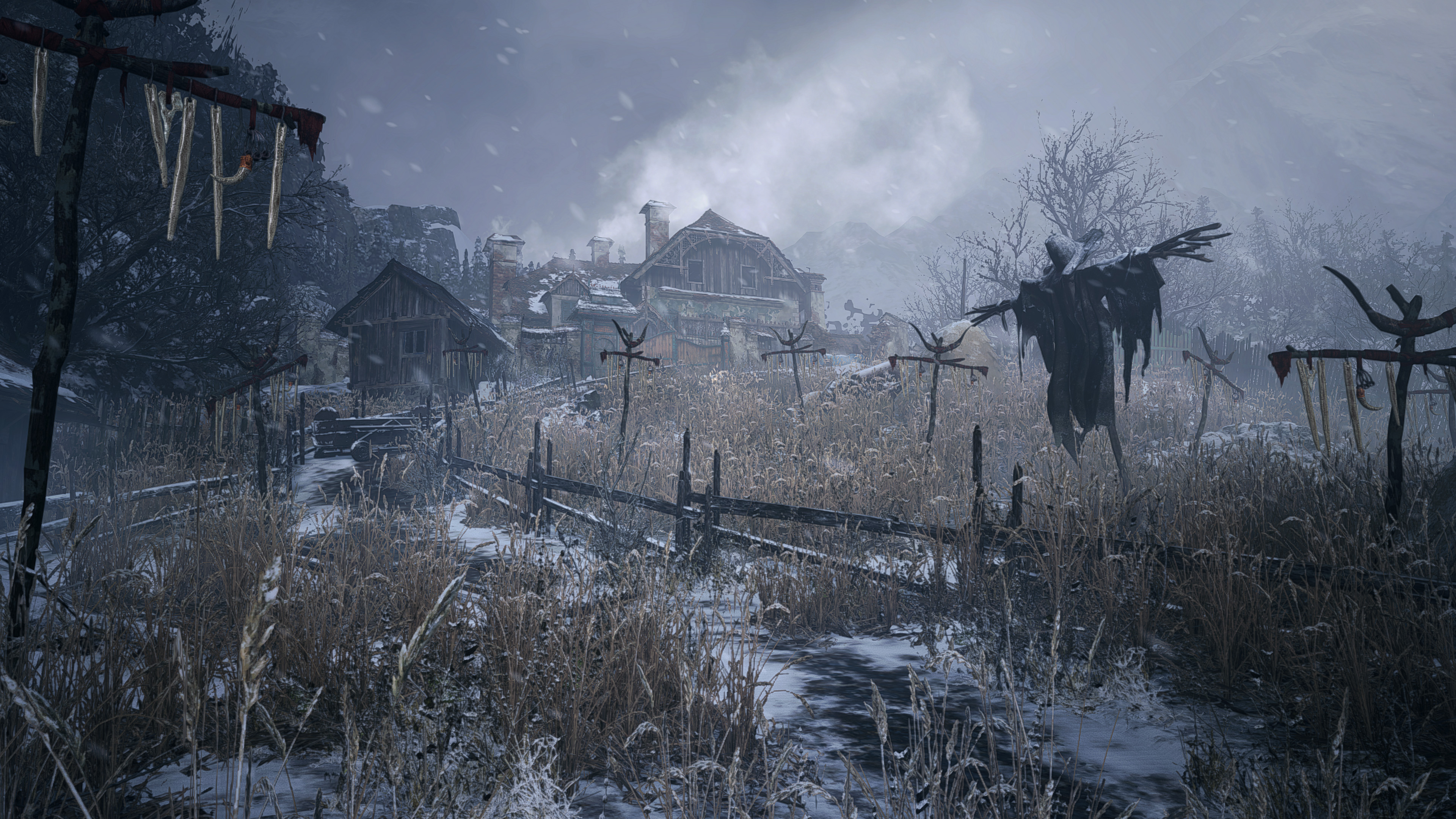 JM: It’s hard to point out a single asset that we used the most, but the wood materials of the outside walls of the houses in the village, floorings and pillars, decomposed leaves on the ground, and tree materials such as fir trees are probably the most used assets in the game. The parts of the game that players see the most need to be of the highest quality, and since the assets created as a reference become the standard for subsequent variations, the number of times these materials were used naturally increased. As we used more and more Megascans assets, we began to see more situations where 3D assets were used in a practical manner. At first, we thought it was normal to optimize rocks and place them as-is in the game world, and that was how we worked for a long time, but as the need for larger terrains arose, we learned to arrange them into a shape that was easy for us to use, allowing us to create a lot more complex environments. For example, we could incorporate the edge processing of rocks into the details of ruins and houses, and the damaged parts of castle walls to express crumbling bricks. We quickly found out that we could use something we were not planning on using by retaining the desired parts of scan data while editing the others, and we fully expect to use this method to our advantage in the future. 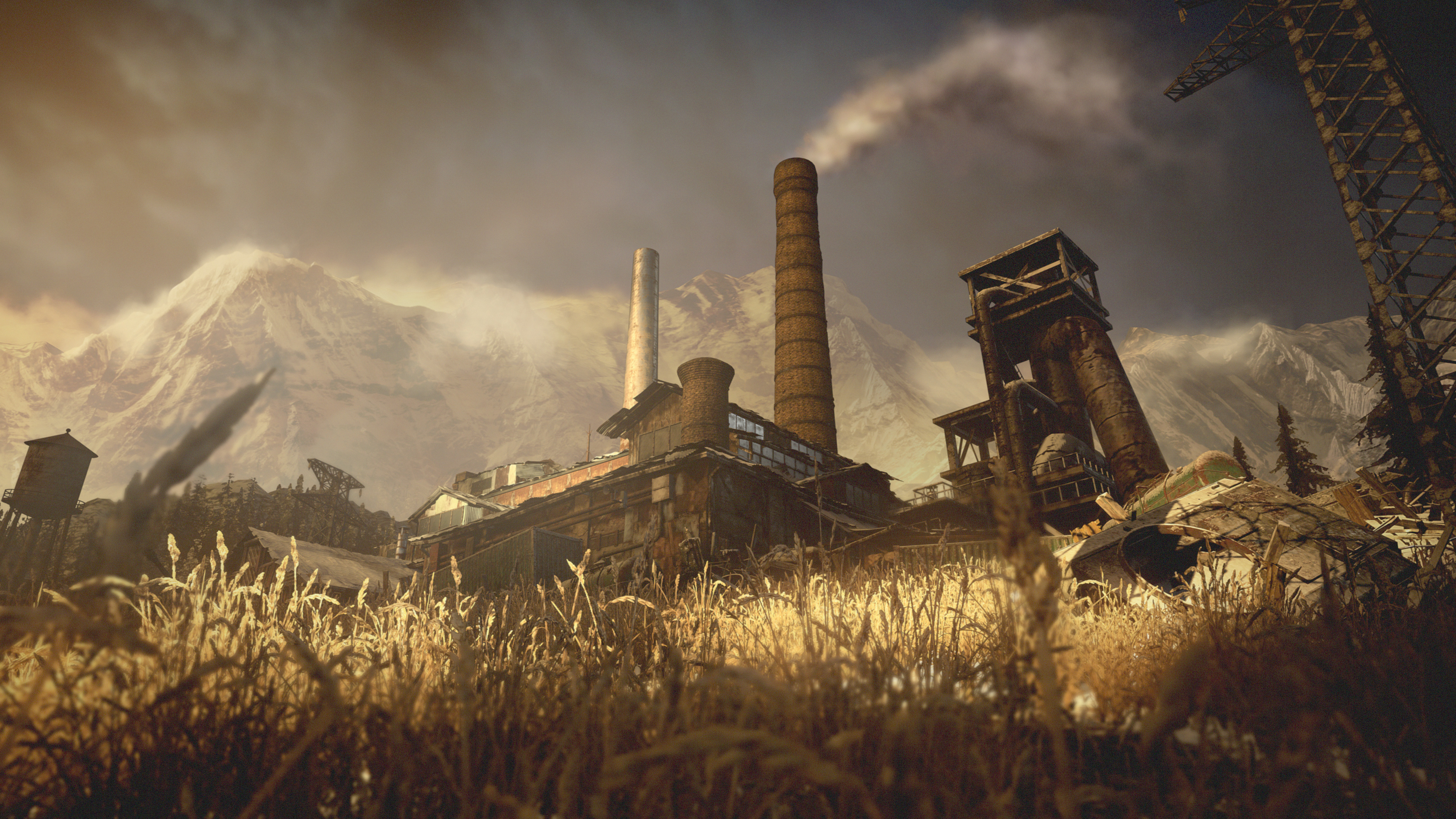 Q: Our team eye-balled many Megascans assets throughout the game including the novel use of many tileable surface textures, plant atlases, and imperfections. But what stood out in certain cases was the use of our ‘small’ assets, like some very familiar-looking fruit and bowls in the Winters’ kitchen. Did the team find such assets high fidelity enough to use in such a close quarters first-person setting?

JM: We used Megascans assets in a variety of ways and in a variety of places. We even decided to use Megascans in a couple of place places that we had previously decided to create from scratch; the scanned data asset quality was just that good. As development progressed, the size of the Megascans library gradually kept increasing as well. We often found that when an asset that we had wanted earlier in the process showed up in the library, we would switch them out with newer additions while in the polishing phase. We also switched out many assets that we had problems clearing the quality bar with assets from the Megascans library. Thanks to the realistic quality of the scan data, they are fully compatible with the rest of the assets and characters in the game, and we feel we have achieved the best balance of quality for a close quarters first-person view. 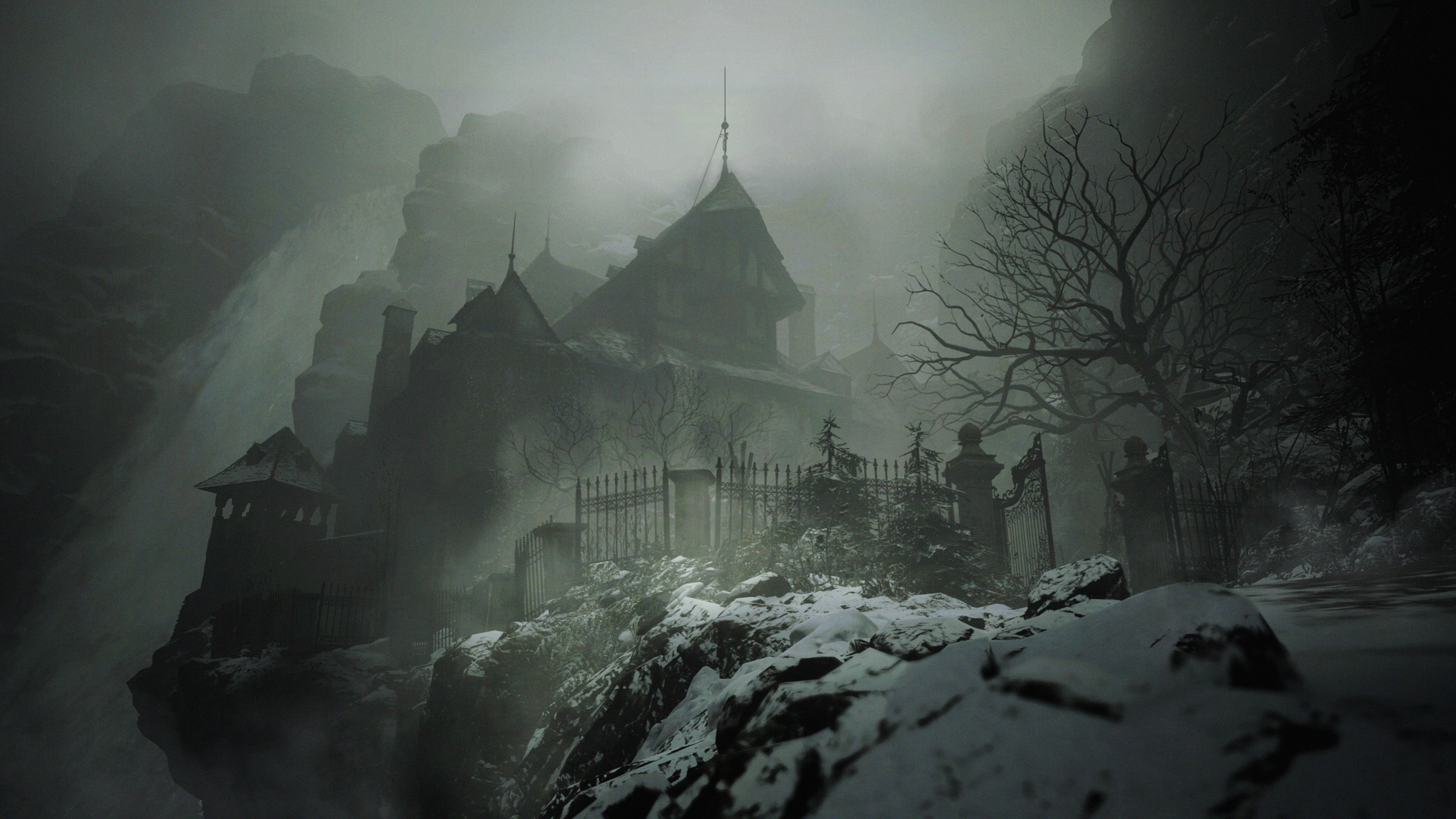 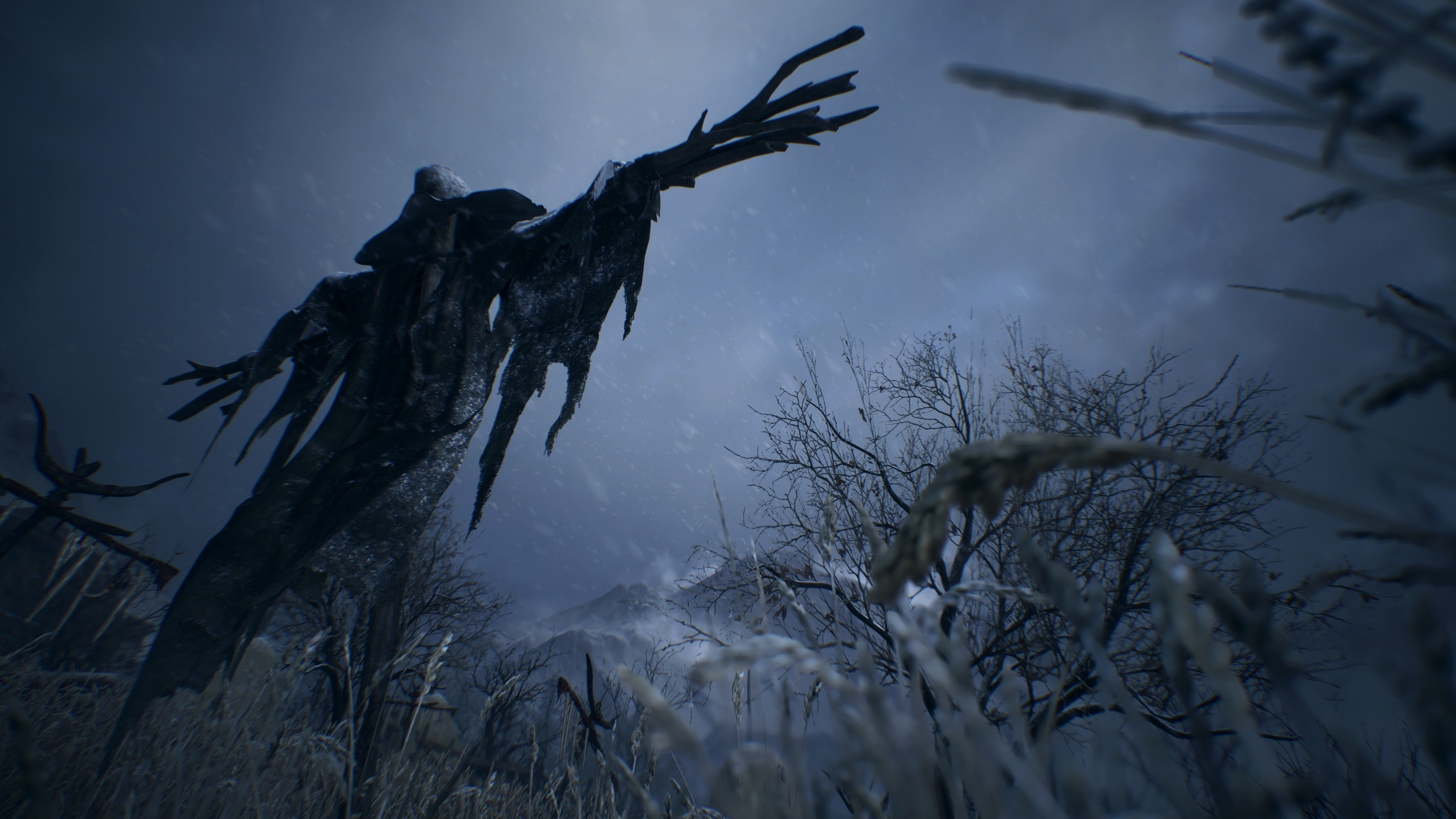 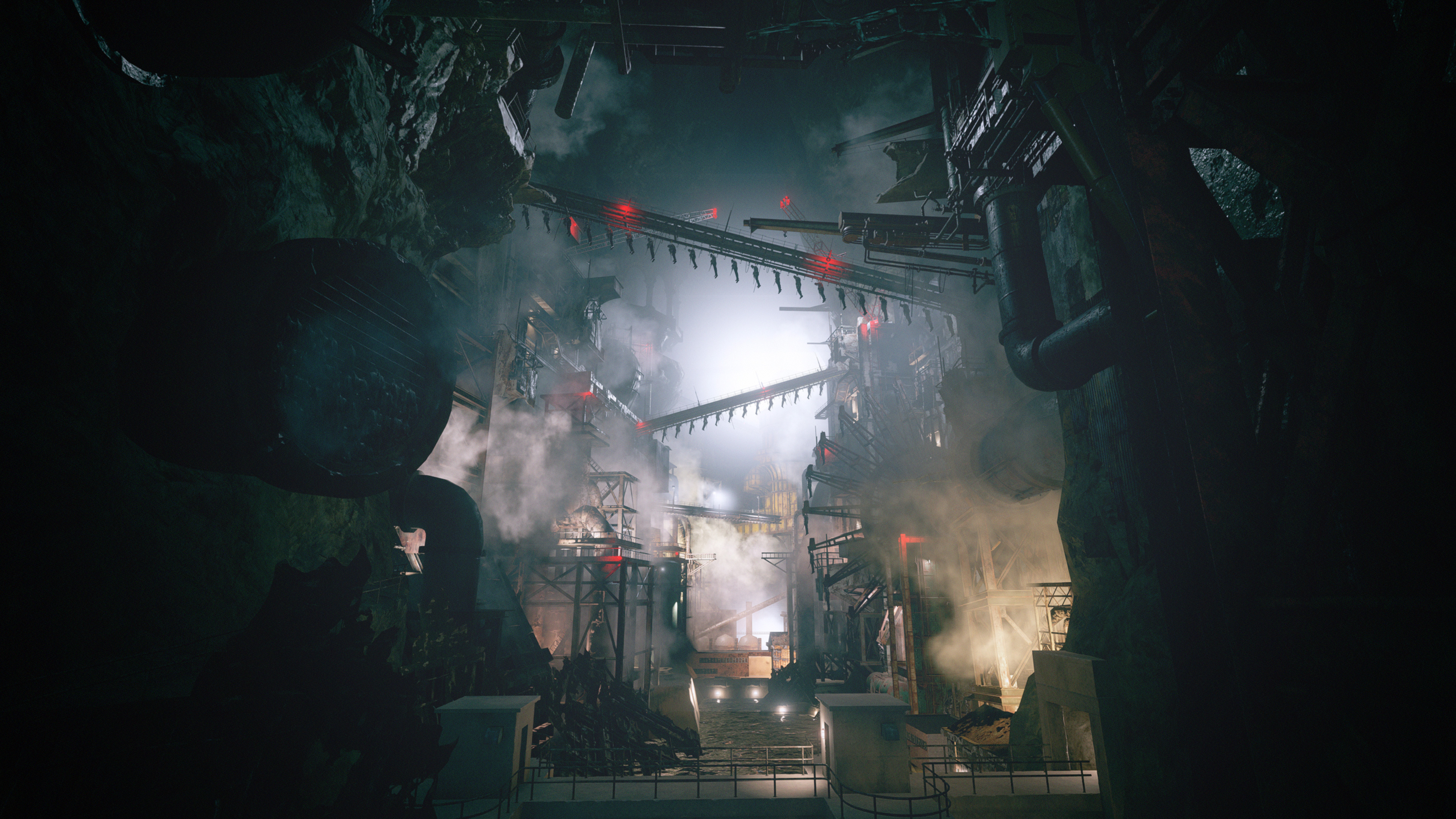 Q: It has been a delight to see Resident Evil Village, like Monster Hunter: World before it, shine as a critical and commercial success. Do you feel more environment art teams within Capcom will be using the Megascans library for future titles?

JM: Megascans assets have been used in many of Capcom’s highly acclaimed titles in recent years, and I believe that the advantages we mentioned above can be seen as strengths in each and every one of these games. We believe Megascans assets will continue to be an important choice in the future, as they match the quality line Capcom is aiming for. 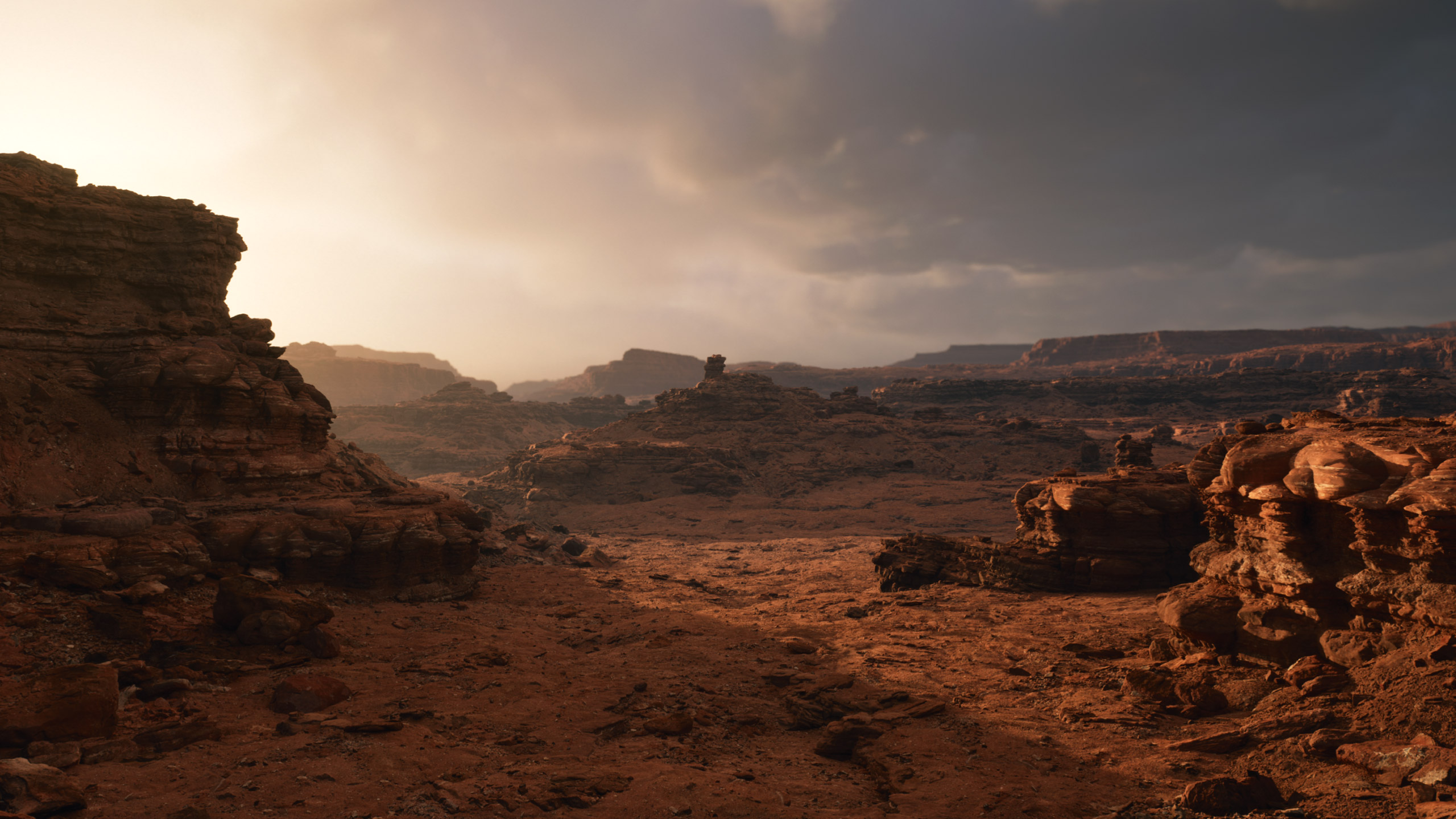 Bridge is now a part of Unreal Engine 5 Early Access 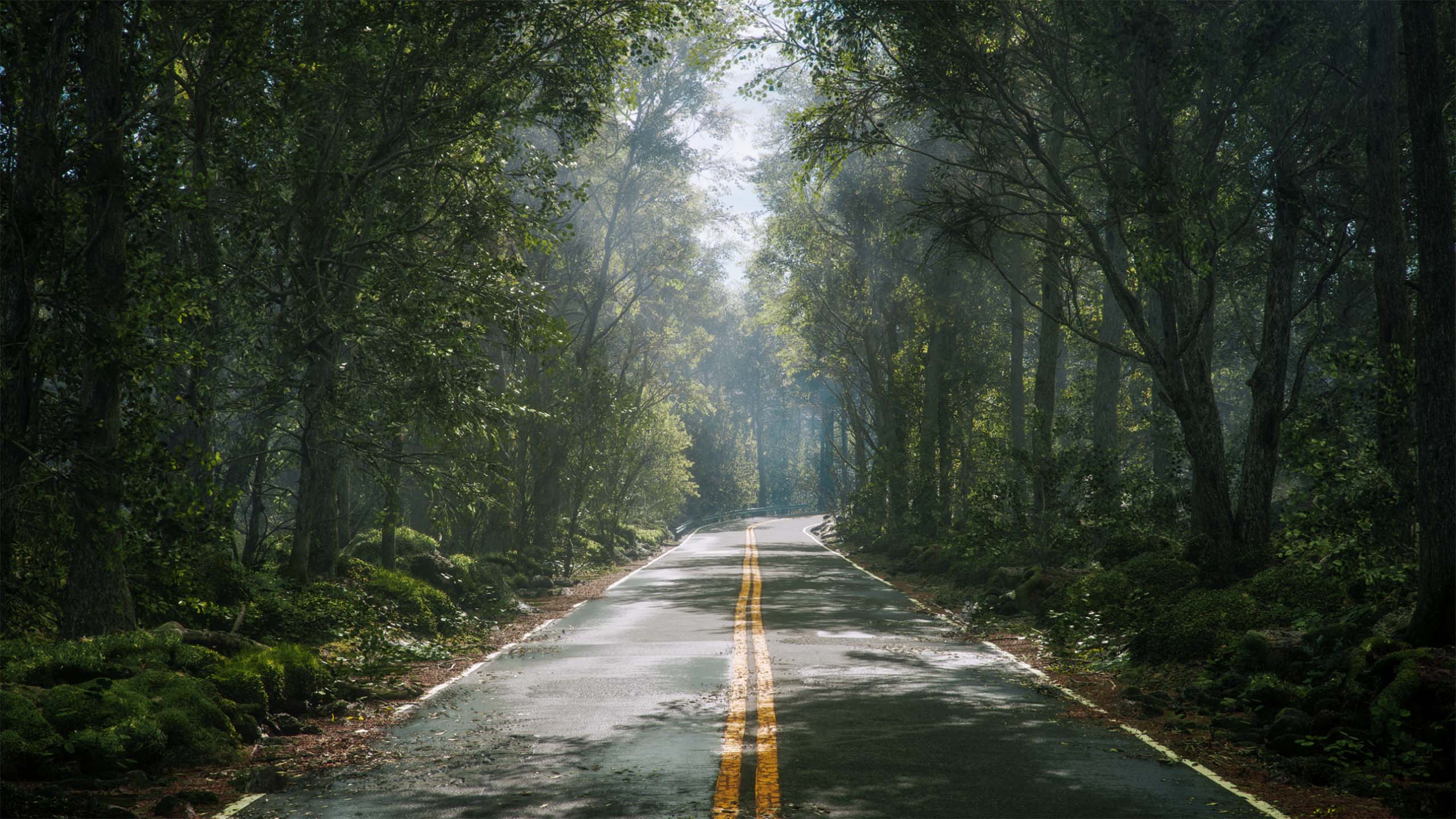