Creative agencies are at the bleeding edge of innovation, and require tools that are both potent, and simple to use.

A few weeks ago, we came across Brian Ellebracht, director of visual effects at Bruton Stroube Studios, tinkering with some tasty Jeep models in a forest. We were delighted to see Brian taking Quixel Suite and Quixel Megascans for a test drive, in anticipation of upcoming projects at the agency, where Brian intends to bring the full power of Quixel tools and materials to bear. 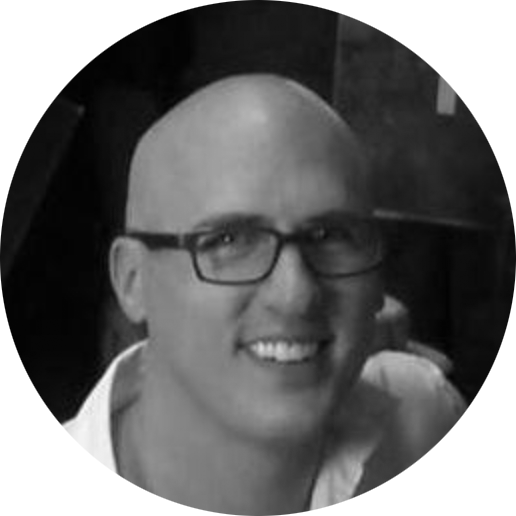 Brian is a VFX industry vet, with almost 15 years under his belt.

He’s been a part of id Software, Reel FX Creative Studios, DreamWorks Animation, and Blue Sky Studios, among others, before heading visual effects at Bruton Stroube.

We had the chance to speak with Brian on this project.

“This project was a passion of mine to really put Megascans and Reshift through their paces. I am a big fan of the Jeep brand (I currently own a few, including the latest JL).

My buddy Dave Owen (who modeled the Jeeps) and I did a project for them a number of years ago that allowed us to scan and model the JK Wrangler. I used his jeep models in the forest mostly due to my interest in Jeeps. 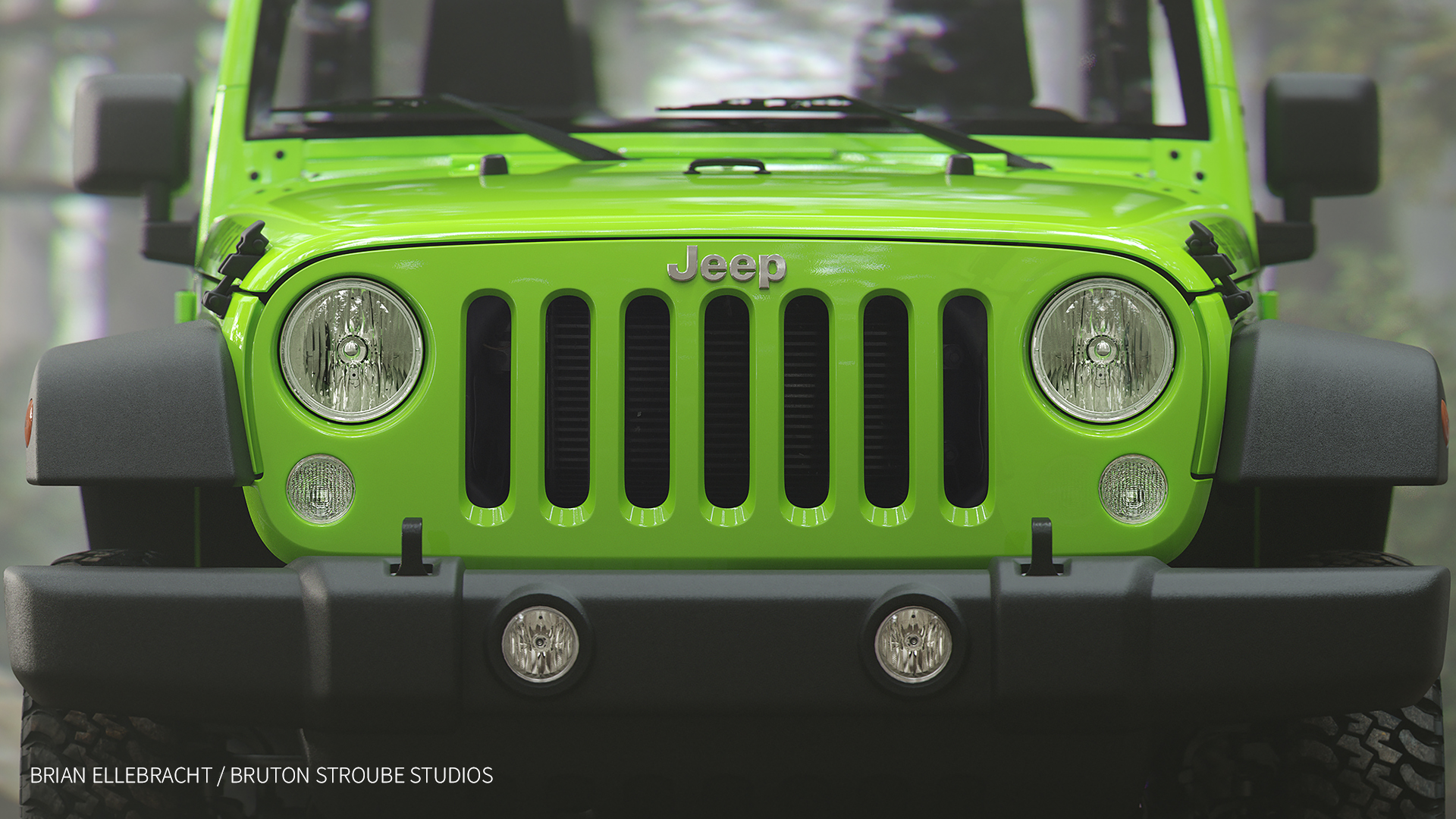 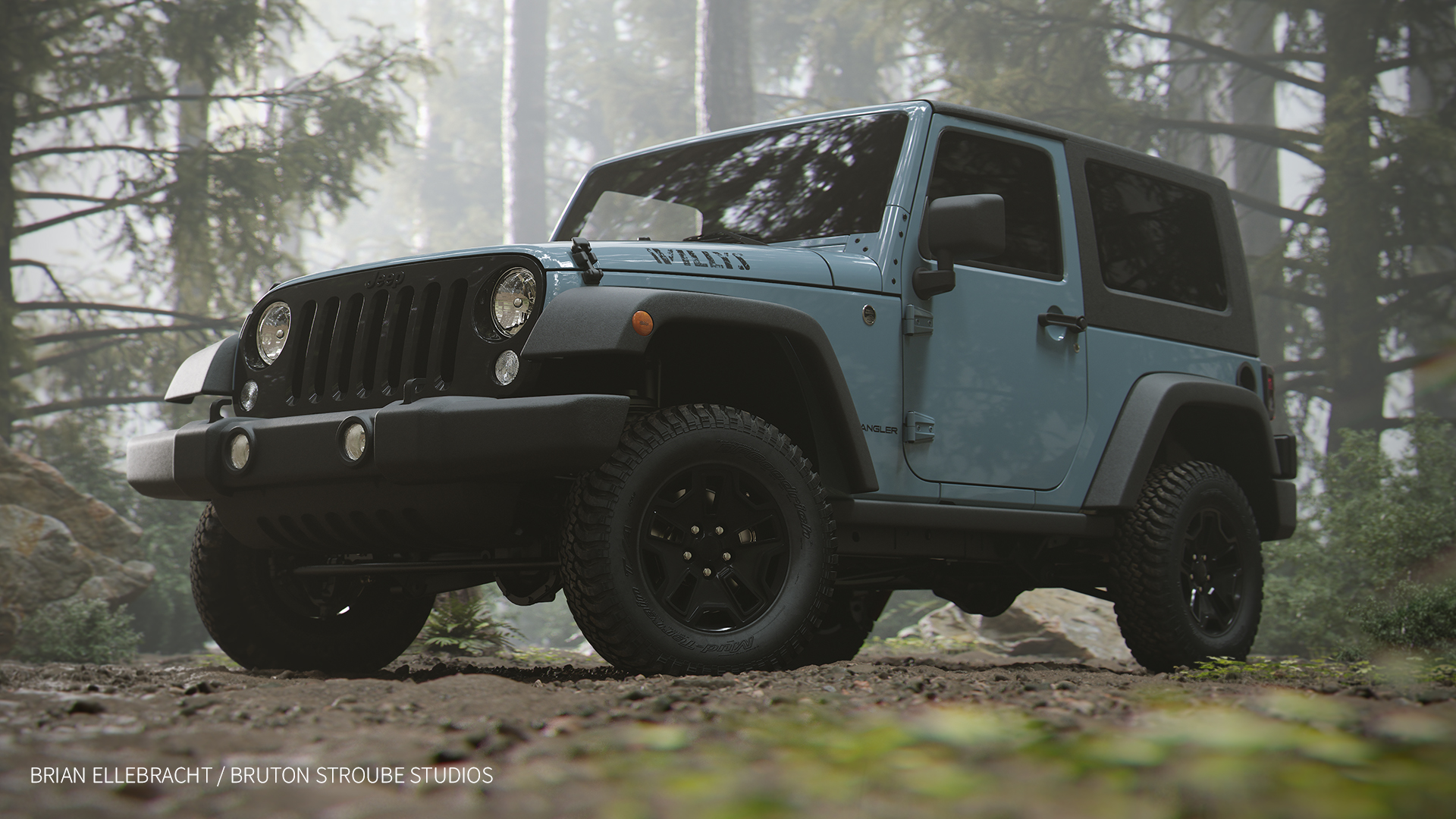 I used Quixel Suite to texture everything on the Jeeps, except for the paint. This included adding subtle scratches and imperfections, bumps to the plastic, texture work on the tires, and so forth. I would have made it dirtier, however, while Jeep is not a client, I tried to approach the project as if they were. Every piece of metal rubber and plastic has some type of roughness and normal maps made in Quixel Suite. 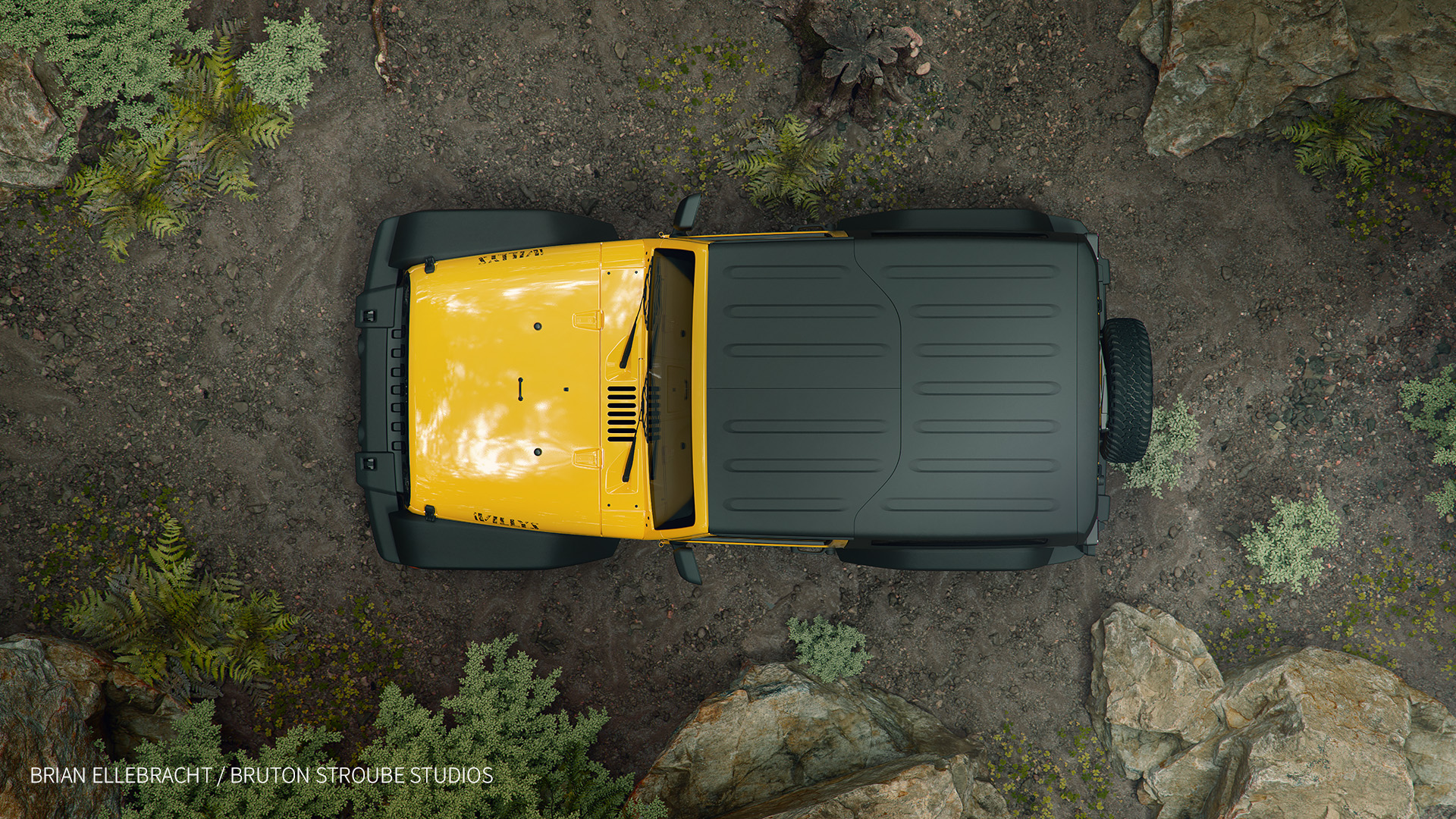 Honestly, I wanted to test out Megascans and see if it was something I could incorporate into our pipeline on a more larger scale. I was able to use Megascans for quite a bit of the environment; from tree trunks to textures. To be specific, as far as the environment was concerned, I used Megascans for EVERYTHING, other than the needles on the trees and bushes. 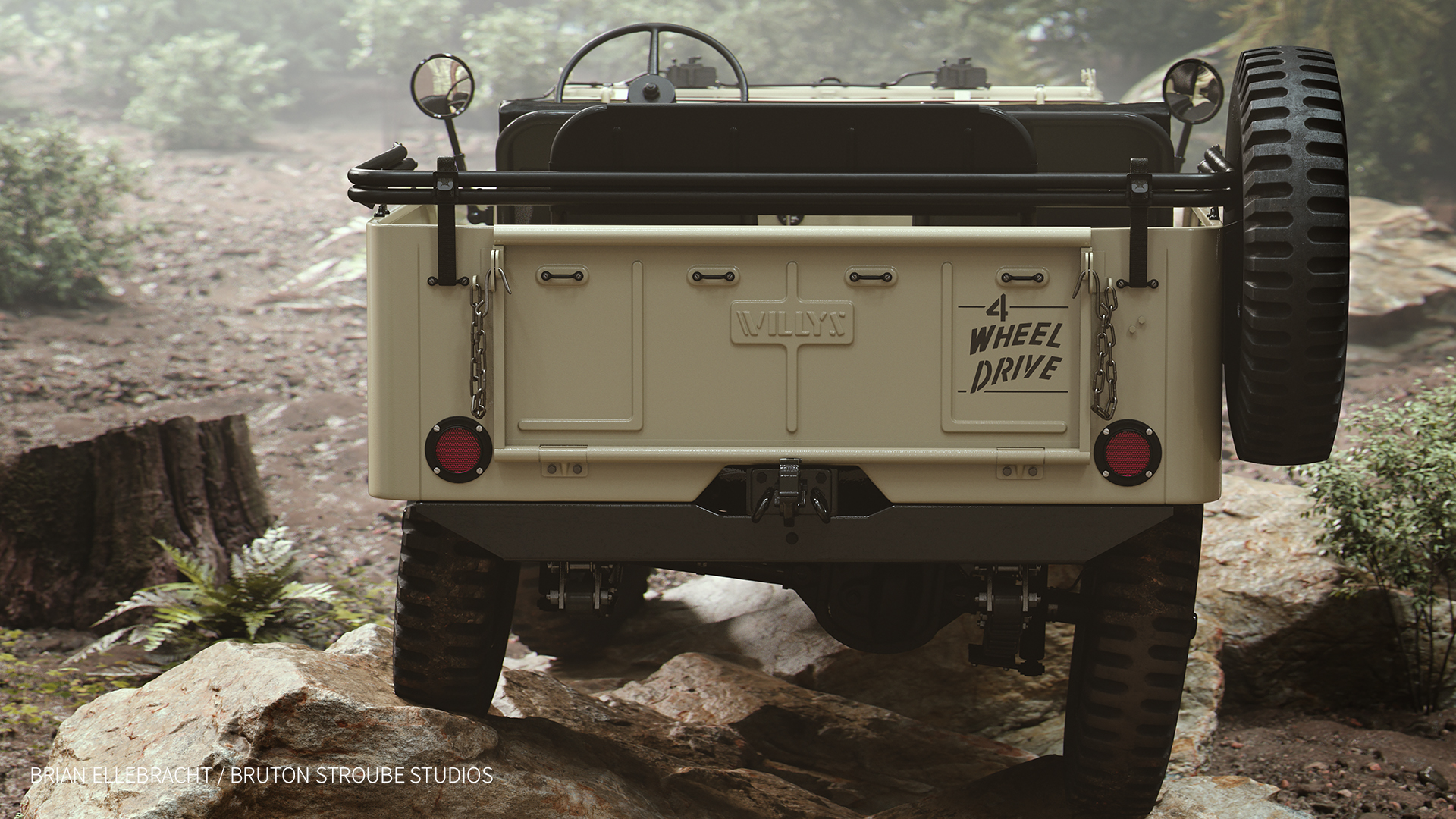 One of the most important aspects, in my opinion, is that everything worked very well together. I knew that if I downloaded a new asset, and used the same color correct tools on the textures to make them work with my lighting setup as the other assets, I could create a proxy and bring it into my scene knowing that it would blend in and work seamlessly with the other assets. 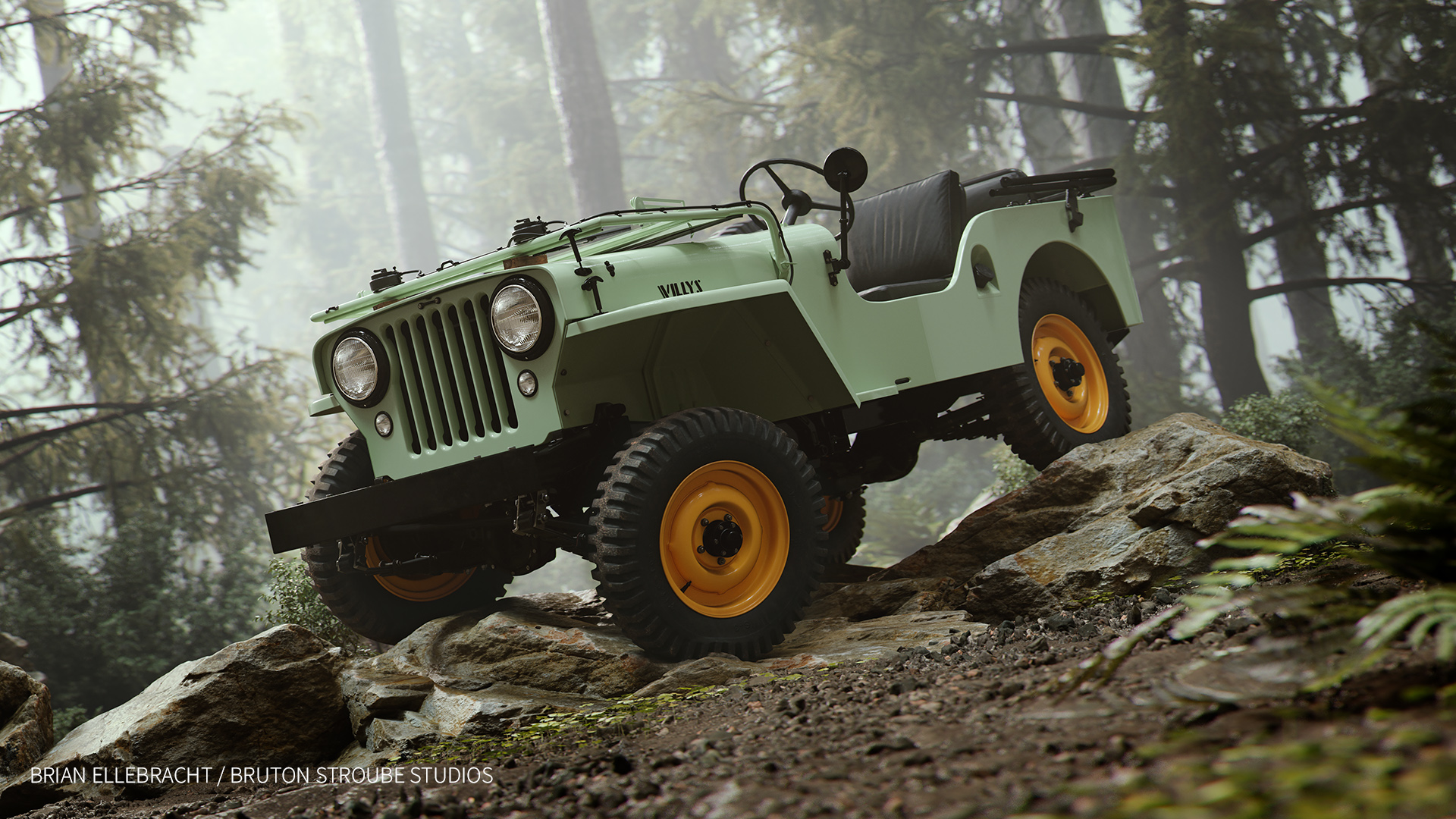 The benefit of using Megascans is that the library is very large. And when I mix assets, I know that I don’t have to worry about something being too bright or too reflective, etc. All the assets seem designed to work together seamlessly, right out of the box. This saves a significant amount of time during production. 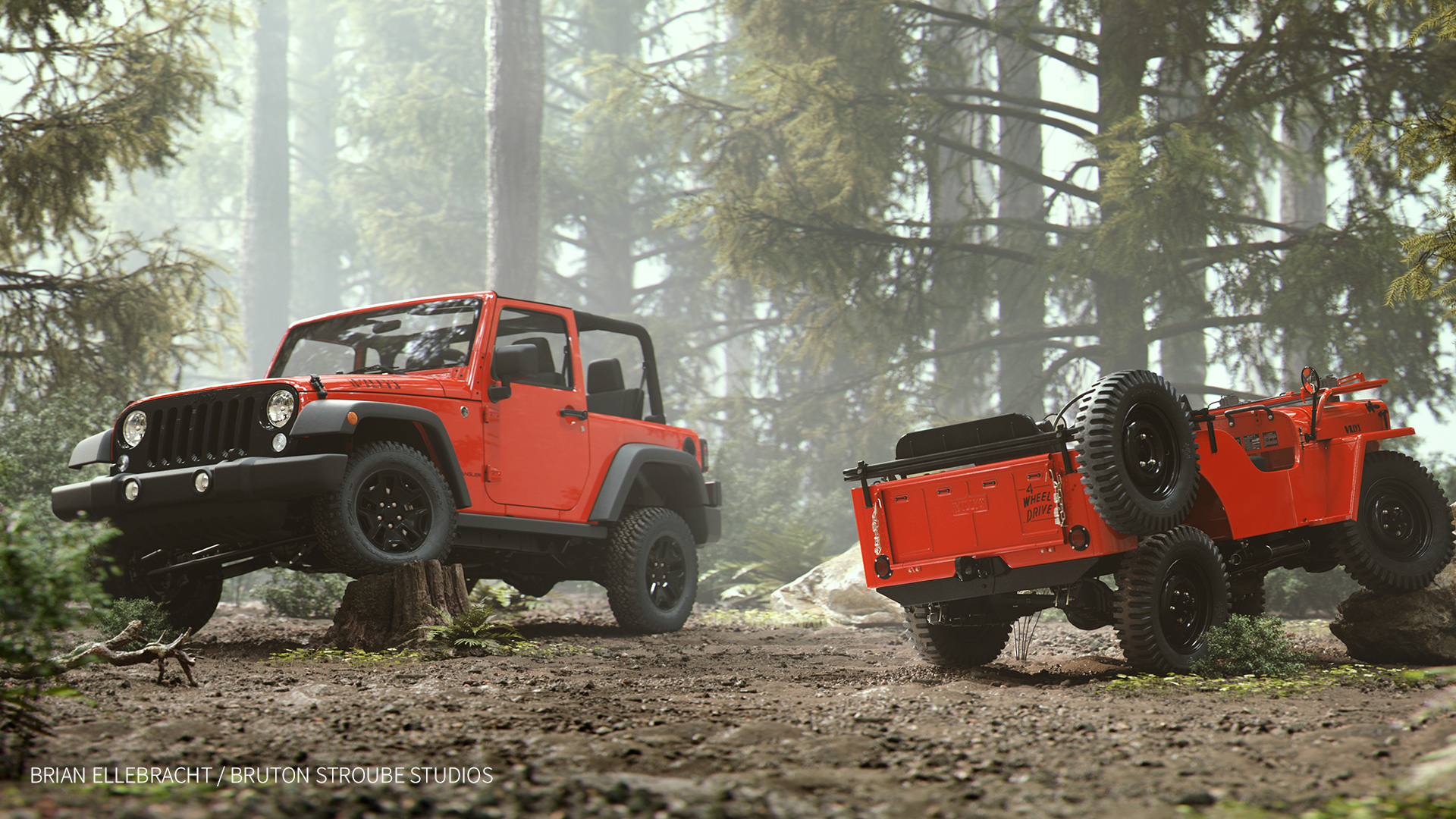 So once I had a library of Megascan assets built for this project, it took me about a day or so to build in the light and render a shot. I used only a small amount of available assets from the Megascans library. I can’t wait to build our library [at Bruton Stroube Studios] and create more complicated scenes using Megascans.”

And check out the great work by Brian and Bruton Stroube Studios, here. Also, check out their blog featuring Quixel Megascans.